As the West decides to keep Russia out of the SWIFT system, we explain the dynamics of this system that keeps the financial world tied together 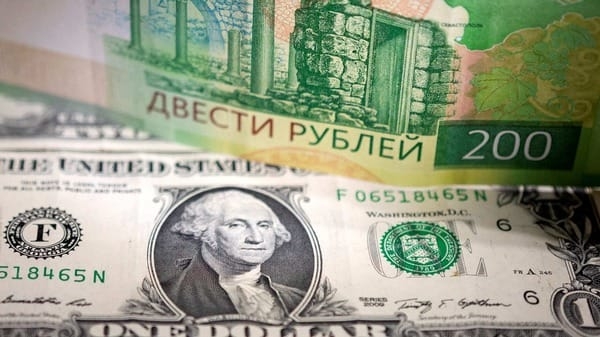 Swift is a vast messaging network used by banks and other financial institutions to send and receive money transfer instructions securely and promptly.

Russia’s attack on Ukraine has put pressure for tough sanctions on Moscow. On Saturday night, the US, UK, Canada and Germany reached a consensus to remove selected Russian banks from Swift — the world’s key international payments network, in a bid to give a blow to Russia’s international trade.

The Swift, or Society for Worldwide Interbank Financial Telecommunications, is online international money transfer system.  It is a vast messaging network used by banks and other financial institutions to send and receive money transfer instructions securely and promptly.

It is a member-owned cooperative that provides the system of safe and secure financial to its members. This network enables individuals and businesses to take electronic or card payments even when the other party uses a different bank.

In this system, each member institution gets a unique ID code that identifies not only the bank name but country, city, and branch. In the year 2021, over 11,000 member institutions sent an average of 42 million messages per day through the network, marking an increase of 11.4 percent from the year before.

Let’s assume a State Bank of India (SBI) customer in Delhi wants to send money to his friend in London. The Delhi customer can walk into his bank branch with the friend’s account number and Lloyds bank’s SWIFT code for its Oxford Street, London branch i.e., LOYDGB21119.

If you see closely, first four letters refer to the bank’s name and the next two – GB refer to the country — Great Britain and other others refer the branch.

The SBI will send a payment transfer SWIFT message to the Lloyds branch in the UK over the secure SWIFT network. Once Lloyds receives the SWIFT message about the incoming payment, it will clear and credit the money to the account.

It’s vital to note that it is only a messaging system. The system does not hold any funds or securities, nor does it manage accounts.

When was Swift formed?

There are other message services such as Fedwire, Ripple, and Clearing House Interbank Payments System (CHIPS). However, SWIFT still retains its dominant position in the market.

At the outset, SWIFT was designed to enable communication about Treasury and correspondent transactions. However, the strength of the message format design paved way for scalability and the system expanded to provide services to banks, brokerage institutes and trading houses, securities dealers, asset management companies, clearing houses, depositories, exchanges, corporate business houses, treasury market participants, among others.