Sequoia Capital invested $25 million in 2011, followed by a $108-million fund infusion by General Atlantic in the same year 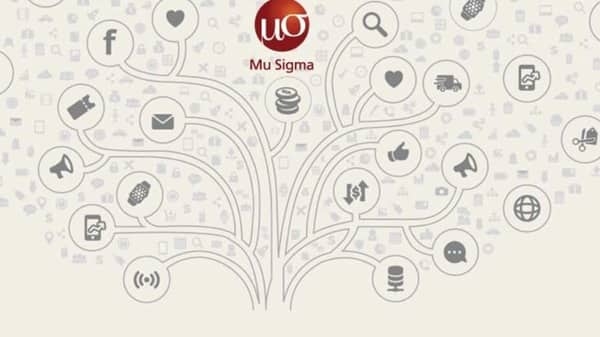 Mu Sigma was among the earliest players in the data analytics segment that was founded in 2004.

Sequoia and General Atlantic have exited data analytics player Mu Sigma with around 2.5 to 3 times returns on their investments. It is noteworthy to mention that Sequoia Capital invested $25 million in 2011, followed by a $108-million fund infusion by General Atlantic in the same year, reports Business Standard.

Dhiraj Rajaram, founder and CEO of Mu Sigma, has acquired all stakes — 35-38 per cent — from both investors, confirm the sources, wrote Business Standard.

“The fund house was looking for an exit as the fund cycle was coming to an end. He has bought all investors’ stake in the company, including angel investors,” said a source, BS reported.

“It is not just the larger investors, but the angle investors too have good returns from this exit. A total of $100,000 were invested by early investors, which have made over $100 million,” said the same source.

Rajaram could not be reached for comment. At the same time, message sent to Sequoia Capital did not lead to a response, Business Standard wrote.

Rajaram did not want any other new investor on board and plans to focus on growing the company. “It is already a profitable company and hence they were not looking for new investors,” the source said.

ALSO READ: Accelerators and the role they play in the success of start-ups

Mu Sigma was among the earliest players in the data analytics segment that was founded in 2004. Its closest competitors include Fractal Analytics and LatentView Analytics. Fractal Analytics last year was valued at $1 billion as it raised $360 million funds from private equity player TPG.

Mu Sigma has gone through a lot of upheavals, which also included the parting of ways between Rajaram and his wife Ambiga Subramanian.

“The good aspect is that Mu Sigma is profitable. While its competitors have EBIDTA in the range of $14-30 million, the company has an EBIDTA of $65-70 million,” stated the source.