Sextortion via loan apps: Borrowers defamed as their photos circulated among contacts

Sextortion via loan apps: Borrowers defamed as their photos circulated among contacts

Borrowers are blackmailed into repaying the money, and when not paid, obscene images are circulated among friends & relatives 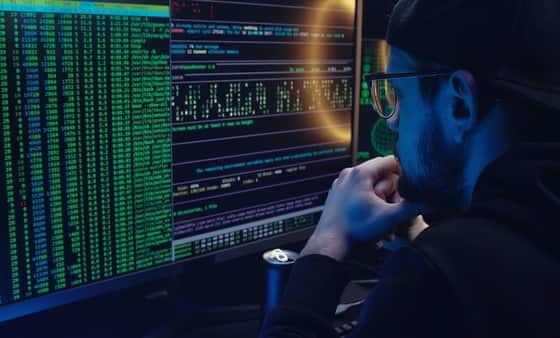 The instant loan apps had access to the victim’s mobile data while collecting the information about loans.

A Mumbai resident killed self on Wednesday after cyber fraudsters allegedly circulated a morphed nude photo among his friends and relatives after he ‘failed’ to repay loans worth ₹6,000 taken through an instant loan mobile app, reported News18.

The instant loan apps had access to the victim’s mobile data while collecting the information about loans.

This comes a month after another Mumbai man was approached by two women on Facebook and lured them into intimate video calls. He was then threatened to post his nude videos online and demanded money. He lost ₹1.86 lakh to cyber frauds.

There’s a new (s)extortion racket and their The modus operandi is simple. This involves a contact through social media, dating, a loan app or even WhatsApp. A person is targeted through a video call or a morphed image and then he becomes bait.

In most cases, the victims are threatened with circulating their nude morphed photos or images over a nude video call and then they are blackmailed and extorted with a huge sum.

It all starts with a friend request on a social media app like Facebook or Instagram. Soon, there would be a video call, followed by a spiral of events where victims are siphoned of their money by these tricksters.

Reports suggest that these frauds are the handiwork of gangs of scamsters based out in Haryana, UP and Rajasthan from places such as Bharatpur, Mathura and Mewat.

In the recent suicide of the Mumbai man, the fraudsters threatened that he would be defamed if he did not return the loan amount of ₹7,000 taken through the two loan apps.

On May 3, the victim’s wife informed him that six people in their family and neighbour had received a nude photo with his face morphed into it saying he had taken a loan and was not returning it. The photo was sent from five different numbers, according to a report in The Indian Express.

The mechanism remains the same in other cases too, where the victims receive video calls through Instagram.

“On the other side was a naked woman performing obscene acts. It took me around 15 seconds to figure out what was going on. And then, I disconnected the call,” a victim of the crime said.

The woman later threatened to share his video and minutes later he started receiving messages and frantic calls from family and friends about a ‘video’ they had received.

“The scamsters had taken a picture of my face from the video call I had with them and superimposed it on someone else’s body. In the video they shared, it appears as if I am having a sex chat,” the victim reportedly added.

Loan apps are becoming a new target by cyber fraudsters where the apps access the consumer’s data and contacts and later use it to threaten them.

Just a week ago, a 33-year-old man from Mumbai was given a small loan by an app and later circulated a morphed pornographic video with the consumer’s images to those in his phone’s contact list when the man failed to repay the load.

According to the police there are rising cases of people looking for loan availability and such apps access and steal data from phones after they are installed. Cyber experts also support the cop’s statements saying that a borrower’s data is accessed when the person download’s such apps.