Loss in transfer of one crypto asset can’t be set off against the gains arising from the transfer of another digital asset. 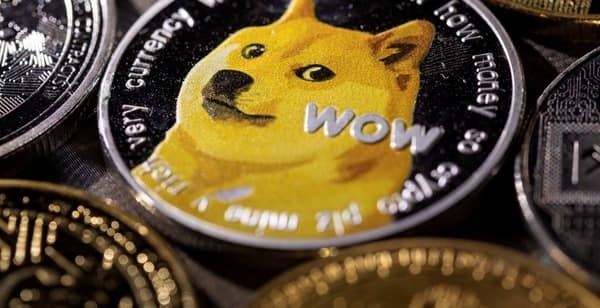 With effect from April 1, 2022, sale and purchase of cryptocurrencies will draw capital gains tax at the rate of 30 percent. Any income from transfer of any virtual digital asset (VDA) will be taxed at the rate of 30 per cent, financial minister Nirmala Sitharaman had announced during the budget speech on Feb 1, 2022.

What, however, is seen as a double whammy is that no deduction will be allowed in respect of any expenditure or allowance while calculating income except the cost of acquisition. Also, loss from transfer of virtual digital asset cannot be set off against any other income.

“Capital gains taxes are both appropriate and necessary, and though they might take a bite out of investor gains, they shouldn't be a significant deterrent for the long-term retail investor,” says Chad Steinglass, Head of Market Making at CrossTower, a digital-asset trading platform.

While commenting on the tax on crypto transactions, Mr Steinglass says “These provisions could have an adverse effect on the industry. The first is the proposal to not allow losses in one asset to offset gains in another. This provision would eliminate the benefits of diversification and portfolio management...it encourages an ‘all or nothing’ approach where an investor only invests in a single asset.”

Ashish Singhal, co-founder and CEO of CoinSwitch calls these taxes ‘prohibitive’ which can drive the investors out of industry.

“Indians have already invested more than $6 billion in cryptos, and prohibitive taxes are likely to unsettle these investors, expose them to possible losses, and possibly drive them out of an industry building the future of the internet in India — for Indians and the world — in pace with the government’s mission of Atmanirbhar Bharat,” says Mr Singhal.

Besides the capital gains tax, there is also a provision of one percent TDS on crypto transactions beyond a certain threshold, which will come into force from July 1, 2022 onwards.

However, the industry leaders say that there is a lack of clarity over the implementation of tax proposals.

“The industry has also not yet received the clarifications it had sought on the implementation of tax proposals, and this ambiguity may result in operational obstacles. It is the need of the hour that the government issue these clarifications before the TDS comes into effect on July 1, 2022,” says Mr Singhal.

While sharing his views on one percent TDS on crypto transactions, Mr Steinglass says, “These types of taxes are often proposed as revenue generating measures, with legislators often projecting lofty revenue estimates by multiplying the proposed tax by the current trading volume. In practice, however, these stamp taxes or FTTs have the effect of adding significant friction to financial market places and end up significantly impacting volume and liquidity.”

The industry leaders say that there is a lack of clarity over the implementation of tax proposals.

Mr Steinglass further elaborates this as he says: “Because most transactions on financial exchanges occur between a market maker or professional trading firm and an investor, the market maker will need to decrease the bids in the market and increase the offers in order to function as a business."

"This means that the retail investor ends up paying the trade tax twice on every trade, once by paying the larger spread in price and once again on their tax bill. In addition to imposing a steep cost on retail investors, the resulting reduction in liquidity and volume would also be a significant headwind for regulated cypto exchanges,” he says