The stride towards a cashless economy - Pros and cons

The stride towards a cashless economy - Pros and cons

If one were to define cashless economy, it could be described as a situation in which there is no cash flow inside an economy. Let us learn more about the same in the following article. 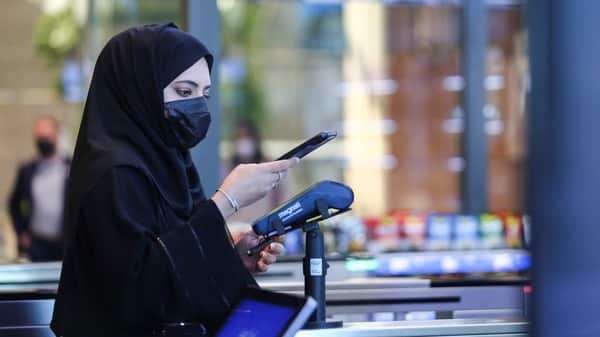 The stride towards a cashless economy

Governments, central banks, and financial experts are debating the rising trend toward digital payments. Indeed, the development of new electronic and mobile instruments has paved the way for a potential payment landscape revolution. However, several considerations must be considered, as a global cashless transition may prove to be more complicated than previously thought.

India has traditionally been classified as a cash-based economy, dating back to ancient times. All black money and undeclared commodities were seized by the government, and the recent Covid pandemic compelled contactless mortgages and increased cashless commerce.

Let us discuss some pros and cons of a cashless economy in India.

No counterfeit money: Fraudulent money's value will be deemed worthless. People who engage in socially harmful behaviours are more likely to amass a fortune in cash. Due to the note ban, this collected cash will be unusable when the process of transitioning to a cashless economy begins. People who put money in the bank will be questioned by the authorities about that source of income.

A system that is transparent: Computerised payments will increase openness and accountability. A cashless economy is the only way for the economy to progress with liabilities.

Cash fraud will be reduced to a minimum: Theft or fraudulent acts involving cash will be kept to a bare minimum. Nobody would dare to steal money after the note ban, which would immediately thwart the theft because the banks would not accept that money anyplace.

Effortless payment: The cashless transaction ensures that payments are easier to manage across the country. People who want to send money to different parts of India, for example, can do so easily via the NEFT system. With the advent of digitization, every individual should learn digital literacy at some point, alleviating their problems with money transfers and ensuring more honest transactions.

Easy international payment: For many people who frequently travel internationally, currency exchange is a tedious task. For those people, cashless payment is a wonderful choice.

Low literacy rate: One of the leading causes of a variety of existing problems is a low literacy rate. It is not easy to establish a cashless economy in India or to create a digitally literate India. Many areas still lack electricity and running water. As a result, computers and the internet are a long way off.

A large portion of the population lives in rural areas, which lack basic essentials. People in these impoverished places are completely reliant on the currency. If they have to rely on someone for online activity, they may be duped.

Corruption risks: Despite being one of the key points for digitising financial activities, there is no certainty that crime would worsen. A person who receives a bribe in cash may need it in the future in the form of a mobile phone or a computer system instead of cash (which is based solely on speculation).

Economic disparity: If the traditional payment method is totally replaced by a cashless system, it is likely that acquiring cell phones or devices will become necessary. In a country like India, where many residents struggle to meet their basic needs, buying a smartphone is unquestionably a luxury that these impoverished people cannot afford. If cashless transactions become the norm, society would become more unequal because not everyone can afford it.

Cybercrime: Due to global hacking of banks and individual accounts, India would need to strengthen its cybersecurity. A country like India, which is still in the early stages of cybersecurity, may be particularly exposed to such assaults.

Overspending: There is no denying the fact that cashless transactions are easier to complete with just a click; customers can make payments. This advantage of transactions contributes to a proclivity for overspending, especially among the younger generation.

Identity theft: One of the most serious drawbacks of the Indian subcontinent's cashless economy is the potential of identity theft. With each passing day, the rate of online fraud rises, increasing the risks of hacking. Not everyone is tech-savvy or well-versed in all of the applications of technological devices. Many people may end up dissolving their personal identity in an online community of suspicious lurkers while attempting to perform digital transactions.

Therefore, to sum it up, the eradication of paper money would allow governments to have complete control over the banking system, including the ability to track and record all transactions. While this may be beneficial in the battle against crime, it will also infringe on consumer privacy rights.

Furthermore, no one would be safe in the event of a system breakdown, and a stolen or destroyed smartphone would leave the victim without a means of paying right away.

Last but not least, millions of unbanked people would be left without access to financial services. According to experts, a cashless society might generate a second-class population, widening the gap between affluent and poor.