The US Labor Department said rising costs of energy, housing and food drove the increase. 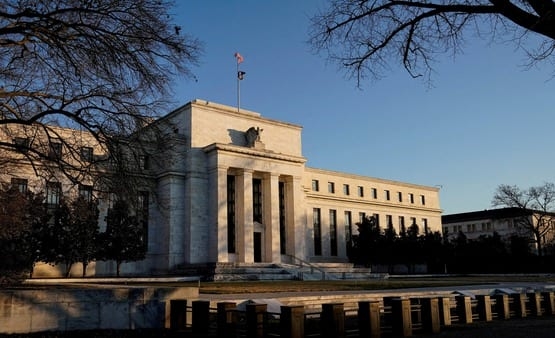 To curb inflation, the US Federal Reserve is geared to raise interest rates several times this year. Photo: Reuters

Inflation in US reached a new 40-year high in February as consumer prices jumped 7.9 percent from a year ago. It’s the fastest rate since the Reagan administration. The US Labor Department said rising costs of energy, housing and food drove the increase, reported CBS News. The price of energy rose 26 percent over the last year, sharply increasing the cost of gasoline, fuel oil and natural gas for home heating. Groceries were higher 8.6 percent from a year ago, while clothing rose 6.6 percent, wrote CBS.

The data, however, does not capture the strain from Russia’s war in Ukraine, which is seen to be pushing the energy cost higher, and threatens to strain already wobbly supply chains, wrote CBS.

The Russia-Ukraine crisis means that, instead of price increases easing this spring as many economists had hoped, the already high prices could continue to rise faster in the coming months.

"The Russia-Ukraine war adds further fuel to the blazing rate of inflation via higher energy, food, and core commodity prices that are turbocharged by a worsening in supply chain problems," Kathy Bostjancic, chief U.S. financial economist with Oxford Economics, said in a note. "This will lead to a higher near-term peak in inflation and a slower descent through 2022 than previously envisaged."

A survey from PNC found that half of small business owners expect to raise prices in the next six months.

Crude oil traded at $108 a barrel on Thursday, up sharply from $90 before Russia's invasion, and the average price of gasoline this week hit a record high of $4.25 a gallon. The US this week banned imports of oil from Russia, the world's third-largest producer of crude, which could push prices even higher.

"Inflation will accelerate in March and April as the knock-on effects of the Russia-Ukraine war push prices even higher at supermarkets, gas pumps, and on utility bills," Bill Adams, chief economist of Comerica Bank, said in a note.

Inflation is increasing faster than the pay raises that many received in the past year, which makes it harder for them to afford necessities such as food, gas and rent.

To curb inflation, the US Federal Reserve is geared to raise interest rates several times this year, starting with a modest hike next week. But the central bank stares at a delicate challenge. In case it tightens credit too aggressively this year, it risks undercutting the economy which could even ensue a recession like situation.

Pressure on equity to continue over the medium; buy on dips: Mitul Shah of Reliance Securities
View All