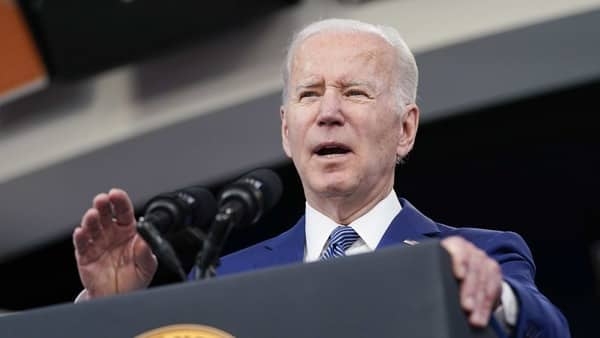 US President Joe Biden's executive order will also direct the Treasury to develop a range of recommendations after factoring in the kind of impact a digital dollar could have on the American economy. Photo: AP

US President Joe Biden is signing an executive order Wednesday to explore establishing a US Central Bank Digital Currency (CBDC), or a US digital dollar, according to senior Biden administration officials, reported CBS News.

It is important to note that there is a key difference between the cryptocurrency and digital dollar i.e., the latter is subject to regulation. For instance, the Federal Reserve (US Central bank) could issue some monetary policy around issuance rates, address any inflation concerns and more.

What prompted US authorities to contemplate a digital dollar, among other reasons, is the fact that there are more than 100 countries that are looking into issuing their own centralised digital currencies, say senior Biden officials, wrote CBS News.

Several agencies of the US government have started to research the introduction of a US digital dollar, but senior officials assert that it is the first time the government has taken a holistic approach to assessing the possibility of a centralised digital currency.

This radical announcement came on the heels of a series of sanctions America and its allies have been imposing on Russia following the latter’s invasion of Ukraine. However, denying any correlation between the two, senior administration officials assert that the executive order’s timing is unrelated.

A senior administration official who spoke on condition of anonymity said the president's national security team has already been on the lookout for the use and creation of front companies and alternative financial institutions that Moscow might try to employ to get around sanctions.

The executive order will also direct the Treasury to develop a range of recommendations after factoring in the kind of impact a digital dollar could have on the American economy. Other agencies will be entrusted with the task of considering privacy, security and also potential impact on climate, since enormous amount of electric power is required to validate cryptocurrency transactions.

Meanwhile, India is also planning to launch a digital rupee in the next fiscal, as announced by Finance Minister Nirmala Sitharaman during the Budget speech.

While digital currencies have sparked worldwide interest, only a few nations have progressed beyond the pilot stage in building their own. A BIS study of central banks in 2021 revealed that 86 percent were actively investigating the possibilities for CBDCs, 60 percent were exploring the technology, and 14 percent were conducting trial projects. Nigeria has become the latest country to introduce a CBDC, the e-Naira, which is the first outside of the Caribbean.

CBDC would have the same worth as Indian rupee and would be used for transactions.