What are the medical insurance policies for transgender people? Details here

What are the medical insurance policies for transgender people? Details here 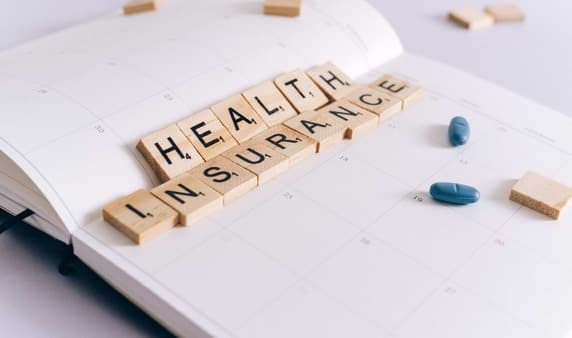 Medical insurance cover is nothing short of imperative in today’s time and age when hospitalisation costs have gone through the roof. There is no explicit policy that restrains the people from the transgender community to seek a medical insurance cover, but there are issues galore when it comes to covering the cost of gender reassignment surgery.

A couple of months ago, insurance regulator told insurers that they must spell out their underwriting philosophy for transgender applicants. The experts believe that this would make it easier for the transgender community members to seek health insurance.

“All the insurers are instructed to publish on their respective websites the aspects of underwriting philosophy and approach with regard to offering health insurance coverage to transgender persons so that the targeted population may have complete information on the philosophy that insurers adopt in this regard,” Insurance Regulatory and Development Authority of India (IRDAI) said in a circular issued in March.

Although insurers don't have explicit policies for transgender persons, several companies such as Capgemini and Tata Group companies offer medical insurance cover to their transgender employees, says a report.

An employee health insurance company Plum also incorporated LGBTQ cover within its employee benefits policy and offers the same to customers as well, the report states.

Bajaj Allianz General, in a statement, said that its health insurance policies and services remain the same irrespective of the gender of the proposer. Hence, transgender or LGBT people can avail the same policies and benefits like other genders.

But Mann Chavan, Founder & Director, TALMS Charity Foundation that works for the welfare of trans gender people, says: “In terms of insurance, the scope for transgender individuals is minimal.”

Some industry experts assert that transgender persons can avail medical insurance cover unless they have adverse medical history.

“All insurers will issue medical insurance to transgenders. They all ask about the gender of the applicant. Generally, the underwriting philosophy is similar across genders. If the transgender has an adverse medical history, then they will find it difficult to buy insurance but otherwise the insurance will get issued,” says Kapil Mehta, Founder and CEO of SecureNow Insurance.

Abhishek Misra, chief executive officer and principal officer, Bonanza Insurance says, "So far, we have never come across any case of transgender. Applicant is usually expected to declare themselves to be either male or female at the time of applying for a policy. But after the regulator's guidelines, thing are undergoing a change.”

Aside from medical cover, what is pertinent is the provision of gender reassignment surgery. This provision is offered along with medical insurance cover in some countries such as New Zealand, Germany, Spain, Italy, Australia, Brazil, among others, according to a report.

The Government of India recently rolled out the Ayushman Transgender health insurance under the umbrella scheme SMILE (Support for Marginalised Individuals for Livelihood and Enterprise). This entitles each transgender person to receive an insurance cover of ₹5 lakh per year.

The comprehensive health package covers all aspects of transition related healthcare for TG persons, including coverage for hormone therapy, sex re-assignment surgery inclusive of post operation formalities which can be redeemed at private and government health facilities.

However, Mr Chavan says that it helps only rural poor and not those staying in urban cities.

“The eligibility for Ayushman Bharat scheme seems to be for only transgender individuals, among the rural poor and who hold a transgender certificate issued by the Ministry of Social Justice. However, there are many transgender individuals in metro cities who are financially poor and have successfully transitioned legally and hold ‘F’ or ‘M’ titles, as per their transition, but do not hold the ‘TG’ on their documents,” says Mann Chavan, Founder & Director, TALMS Charity Foundation.

"We are the first of its kind charity foundation with an aim to provide financial grants to transgender individuals across the globe for transitional surgeries regardless of race, creed, caste or social standing"

Chavan said he started TALMS to ease the struggle of medical transition for transgender individuals, knowing it all too well as a transgender man himself. “We are the first of its kind charity foundation with an aim to provide financial grants to transgender individuals across the globe for transitional surgeries regardless of race, creed, caste or social standing. That being said, we provide grants post verification of applicants to ensure they comply with guidelines put forth by global medical institutions,” said Mr Chavan.

As of now, the charity has a number of applicants waiting for their gender reassignment surgery, but are yet to get investors.