The monetary worth of all finished goods and services produced inside a country during a certain period is known as the gross domestic product (GDP). Despite its shortcomings, GDP is an important tool for policymakers, investors, and corporations to use when making strategic decisions. Let's look at this concept in more detail. 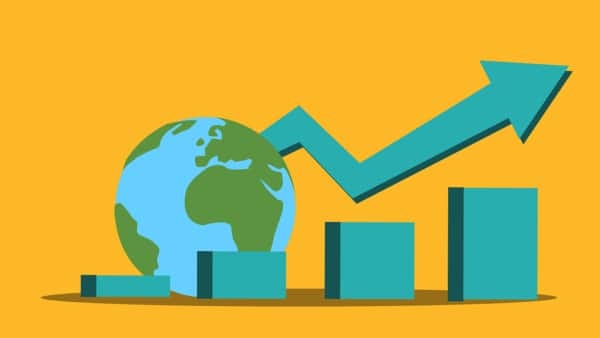 GDP is the value of all the goods and services produced within a country’s domestic territory during a specified period of time.

Gross Domestic Product (GDP) is the value of all the goods and services produced within a country’s domestic territory during a specified period of time. It is an indicator of a country’s economic health that is estimated by measuring the total output.

A rising GDP implies that the country’s economy is doing well and more business, investment, and employment opportunities are available. On the flip side, a declining GDP suggests that the economy is shrinking and unemployment is surging.

How is GDP calculated?

Consumption expenditures, business investments, government spending, the balance of trade (exports-imports) are the components used in the calculation of GDP. There are three methods used to calculate the GDP and these are: Expenditure method, Production method, and Income method.

GDP calculated by using the current market prices is called nominal GDP and the GDP measured by referring to a base year is known as the real GDP. Real GDP is adjusted for inflation and outlines real long-term economic expansion (boom) or contraction (recession).

GDP also proffers a breakdown of the performance of different sectors of an economy. For this reason, it is referred to by investors; essentially because it aids them (the investors) in making decisions related to investment, asset allocation, and it presents how well a potential investment hub fares internationally. Besides, policymakers and the government, too, make and implement policies with reference to the GDP, which further affects the interest rates.

This indicator is often criticized because it does not consider the value of goods and services in the informal sector, the shadow economy, and the services which are non-monetarily compensated. GDP also doesn’t measure the value of services that are unpaid such as the services of a housewife or volunteer services.

Nevertheless, GDP is a valuable indicator of the economic health of a country. It has an international standard and despite its drawbacks, it continues to be referred to around the world.