It's high time we realise and rework on the ingrained gender biases that society has normalised to an unimaginable extent on all of our minds. Let's know more about the same in the following article. 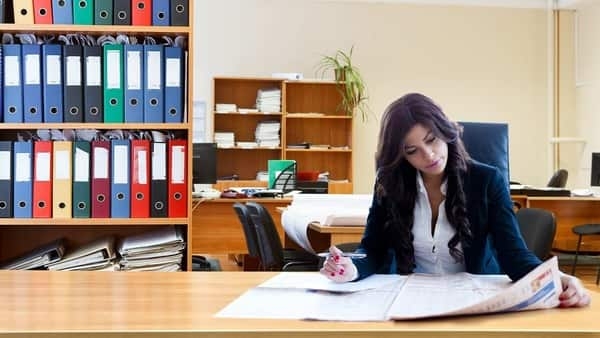 Historically, the world of finance and economics was regarded as a male fortress. The financial sector remained overwhelmingly male-dominated. A gender prejudice in the workplace continued, both in terms of hiring and compensation provided. But, for women, the tide is finally turning. Today, financial empowerment is becoming the main focus of feminism.

Women's development in banking and finance has been on the rise in recent years. The industry has made significant achievements in assisting women in achieving successful professions. However, the bar was set so low that they still have a long way to go. They are still subjected to various sorts of bias in many areas.

This year, with #BreakTheBias as the theme for International Women's Day 2022, we want to shatter such prejudices by focusing on deconstructing stereotypes and combating injustice towards women. Let us discuss some not-so known bias faced by women.

Breaking the Unconscious Bias of Financial Advisors Against Women

Despite the fact that women are playing a greater part in family financial decisions, financial counsellors are still trapped in the past, sticking to preconceptions that place males in charge of money. Unconscious prejudice still favours men in the finance profession, as evidenced by advisor comments and who gets more eye contact in meetings.

A new study by Merrill Lynch Wealth Managemen reveals that 63 percent of married women under 45 believe they make the majority of financial decisions in their households. Married women over 55 describe themselves as the household's financial decision makers in 37% of cases. In contrast, only 12.8 percent of women said they had the last word when it came to money two decades ago, in the year 2000.

When straight couples meet with their financial advisor, the men are still expected to be in command, despite the fact that young women are taking a growing role in finances. What's worse, most financial counsellors were completely ignorant of their gender biases.

Therefore, these data demonstrate how unconscious prejudice manifests itself in the real world and highlight how difficult it is for financial counsellors to overcome ingrained assumptions. The first stage in the process is to become aware of the problem. Recognizing that they may be accidentally giving males more eye time or making sexist remarks may help them become more careful of their behaviour in the future.

Gender prejudice can exist at any level of an organisation, not simply in the office or among middle management. Organizations suffer as a result of this "multi-level" discrimination, which denies women a voice in critical decision-making processes.

Similarly, due to cultural pressures and stigmas, pregnant women experience a high rate of employment turnover, with many leaving even prominent middle-upper management positions. Worse, many pregnant women have reported being denied promotions or bonuses as a result of their pregnancy, with employers assuming they are 'less devoted.'

We often instinctively correlate physical characteristics, especially those associated with women, with being less adept with money, such as wearing make-up, painted nails, high heels, or having a softer tone of voice. These characteristics are likely to have contributed to the financial advisors' bias against their own clients.

When investigating unconscious gender prejudice, it's helpful to take an intersectional approach: are women of diverse identities – such as women with disabilities, women of colour, and/or LGBT+ women – discriminated against more? Is the abyss of gender disparity being widened by these extra marginalised identities? Looking at these questions seriously, honestly answering them, and working on them can result in significant improvements in society as a whole.

Finding a job is far more difficult for an uneducated woman than it is for males with the same level of education all around the world. When women do find work, it is usually in low-wage occupations in hazardous conditions, with little hope of change in the near future.

While both men and women work in vulnerable jobs, it has been observed that women are over-represented in unskilled and "low-value" employment, notably in care jobs. Through education, public outreach, and employment assessment systems, preconceptions about the worth of various sorts of labour can be addressed.

From an economic standpoint, closing gender inequalities in labour force participation might significantly enhance global GDP. The regions with the greatest gender disparities would gain the most from increased GDP. Many affluent nations would also witness a rise in average annual GDP growth, which would be considerable during a period of near-zero economic growth.

Women have now successfully entered the investment field with flying colours. However, women seeking wealth management assistance are deterred from seeking aid because of their perceived lack of understanding and confidence in making major financial or investment decisions.

According to new research, advisers still have unconscious and implicit prejudices, which makes it difficult for them to engage with female investors. Preconceived biases include the perception that all women are almost the same, that women are less competent about investing, and that they require simplified financial guidance.

The solution to this is to provide adequate assistance; empowering women through a combination of high-touch human support and self-service technology solutions that allow them to take charge of their financial destiny. However, this can only be accomplished if financial advisers are willing to question how they interact and support female financers. And only if they realised that women do not want someone to take over their portfolios, but would be grateful for some guidance.

Gender responsive budgeting (GRB) was seen as a mechanism for addressing gender equality however, it does not imply allocating funds to programmes dedicated to women's issues, but rather an approach to budgeting that recognises the differentiated impact of budget on men and women. It employs policy guidelines to develop budgets that are more concerned about the welfare of women, with an emphasis on minimising gender inequality.

According to economist Nirmala Banerjee, “we need to push for policies that not merely assist women to fulfil their traditional roles, but also to promote them in roles that will change existing gender positions.”

Irrespective of gender, International Women's Day ,this year, is a wonderful opportunity for all of us to ponder upon and celebrate the worldwide progress made in women's empowerment. We can go even further and achieve greater progress in favour of women's rights on a social, cultural, economic and political level if we work and break the bias together. Go woman, be the CEO of your own life!