You can now make money while saving animals

You can now make money while saving animals

The World Bank Bond attempts to increase the number of black rhinos in South Africa through a bond, with the programme potentially expanding to include lions, tigers, and gorillas in the future. Let's take a closer look at it. 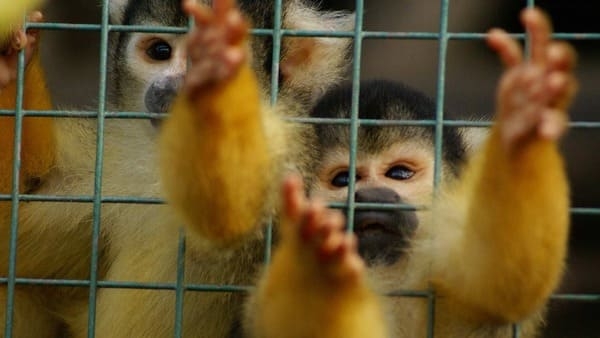 The world's first wildlife conservation bond, worth 670 million rands ($45 million), will be issued for five years and sold in the middle of the year. According to the Rhino Impact Investment Project, a project sponsored by the Zoological Society of London, investors' returns will be evaluated by the pace of expansion of animal populations in two South African reserves.

Rhino Impact noted in a proposal paper that if successful, the initiative may be expanded to conserve black rhino populations in Kenya as well as other wildlife species such as lions, tigers, gorillas, and orangutans. Rather than the more usual approach of projects being sponsored by benefactors or governments, it allows people interested in conservation to obtain a return on their investment and maybe reinvest money in new projects.

"The World Bank's International Bank for Reconstruction and Development IBRD AAA-rated bond will be used to fund the new wildlife conservation bond financing structure," it stated. The project is being advised by Credit Suisse Group AG.

At the same time, the World Bank will sell a $100 million conservation bond, with no indication of what it will be used for.

Investors in the rhino bond will forgo an annual coupon in exchange for their original investment plus a bonus based on how much the rhino population has expanded over the course of five years. The Global Environment Facility, which was established ahead of the 1992 Rio Earth Summit and has received donations from over 40 countries, will pay the bond's principal and any potential dividend at maturity.

Because of the coronavirus, the plan to offer the securities was postponed from last year.

Around 80% of the world's 29,000 rhinos, which are divided into five species, are found in South Africa, with practically all of them being white rhinos. According to the World Bank, the number of black rhinos has decreased to around 5,500 from 65,000 in 1970 and as high as 850,000 at one time. The animals can weigh up to 1.4 tonnes and are found in four African countries, including South Africa. They are substantially smaller than white rhinos. According to the World Bank, South Africa now has 2,046 black rhinos.

The goal is to grow the population by 4% per year, he said, declining to reveal how many rhinos exist in Addo since poachers could utilise that information. Rhino Impact claimed that three Kenyan conservancies — Lewa Borana Conservancy, Ol Pejeta Conservancy, and Tsavo West National Park — may be picked for a bond sale next.

While rhino security is a first, sustainable bonds have been used to fund initiatives ranging from marine and fisheries programmes in Seychelles to girls education in rural India.