Some banks had already revised their marginal cost of funds-based lending interest rates (MCLR) on loans. This move by the Reserve Bank of India will force other banks to follow suit and raise interest rates on their new and existing loans. 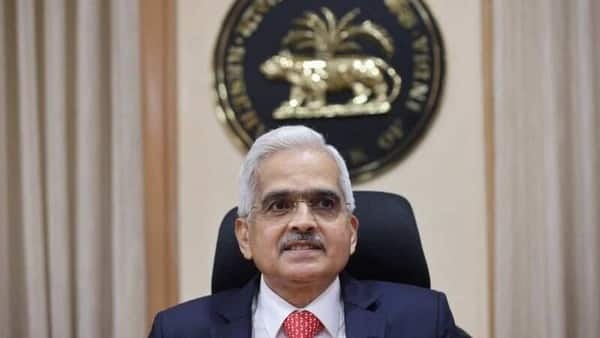 EMIs for home, auto, and other loan are slated to rise as a result of the RBI's hike. REUTERS/Francis Mascarenhas

The Reserve Bank of India (RBI) Governor Shaktikanta Das on Wednesday afternoon said the monetary policy committee, which held an unscheduled meeting between May 2 to 4, unanimously decided to raise repo rate by 40 basis points to 4.40 percent. Cash reserve ratio (CRR) was also raised by 50 basis points.

By raising the repo rate, the central bank has set the ball rolling for rising rate cycle.

Repo rate is a rate at which a central bank of a country lends money to commercial banks in the country. By raising repo rates, the central bank, in this case the RBI, forces banks to raise interest rates offered to its customers. This is why, home loan rates go up and your EMIs get dearer.

CRR is the money that commercial banks have to keep with the RBI. Banks do not earn any interest on this deposit. By raising CRR by 50 basis points, RBI has taken out nearly ₹90,000 crore that banks could have used to extend loans. This is done in order to control the spiralling inflation.

The retail inflation in India is above the central bank’s comfort band of 2-6 percent. The most recent reading, released on April 12, showed headline retail inflation had surged to a 17-month high of 6.95 percent in March.

Incidentally, Yes Bank announced that it has revised the marginal cost of funds-based lending interest rates (MCLR) on loans, effective May 2, 2022. The bank has increased MCLR by 10 to 15 basis points (bps) across all loan tenors.

EMIs for home, auto, and other loan are slated to rise as a result of this hike.

Several banks have recently raised MCLR on loans. These include State Bank of India, Bank of Baroda, Kotak Mahindra Bank and Axis Bank.

“It goes without saying that the real estate industry's perennial hope is fixed on lower interest rates as it improves affordability and also provides the required fuel for the growth of the economy along with the real estate sector,” said Ramani Sastri - Chairman & MD, Sterling Developers Pvt. Ltd.

To get a home loan at a low rate of interest, borrower should have a good credit score.

In the month of March, US Federal Reserve also hiked interest rates by 0.25% for the first time after three years to control a 40-year high inflation in the country.

The 10-year benchmark government bond yields shot up by nine basis points to 7.22 per cent ahead of the rate hike during the RBI governor’s speech. Sensex, Nifty also lost over 1.5 percent in the aftermath of repo rate hike.

It is noteworthy that the statement came at a time when the consumer price inflation (CPI) has been hovering above the central bank’s upper threshold of 6 per cent for the last three months amid the Russia-Ukraine war and US monetary policy tightening.

CPI inflation surged to 17-month high of 6.95 per cent in March whereas wholesale price index inflation hit 14.55 per cent.

“Though RBI’s step is considered to address the inflationary pressure, 40 bps hike in the repo rate and 50 bps hike in Cash Reserve Ratio (CRR) will hurt the consumer and business sentiments,” said Pradeep Multani, President, PHD Chamber of Commerce and Industry.