Indian indices are likely to open in the green on Thursday, extending gains from the last 2 sessions lead by gain in global peers as oil prices pulled back. At 8:20 am, the SGX Nifty was trading 30 points or 0.2 percent higher at 16,630, indicating a positive start for the Indian markets. Indian equity benchmarks built on the previous day's gains on Wednesday as strong buying emerged across sectors barring the metal space. Financial, IT and oil & gas shares were the biggest contributors to the gain in headline indices. Sensex ended 1,223.2 points higher at 54,647.3 and Nifty50 settled at 16,345.4, up 331.9 points from its previous close.

Global oil prices fell on Wednesday by the most in nearly two years after OPEC member United Arab Emirates said it supported pumping more oil into a market roiled by supply disruptions due to sanctions on Russia after it invaded Ukraine. Brent crude futures settled down $16.84, or 13.2 percent, at $111.14 a barrel, their biggest one-day decline since April 21, 2020. The US crude futures ended down $15.44, or 12.5 percent, at $108.70, their biggest daily decline since November. As per a PTI report, the rupee closed at 76.62 against the dollar on March 9, registering a rise of 38 paise over its previous close. On March 8, the rupee had fallen 7 paise to close at a lifetime low of 77 against the US dollar, weighed by surging crude oil prices. 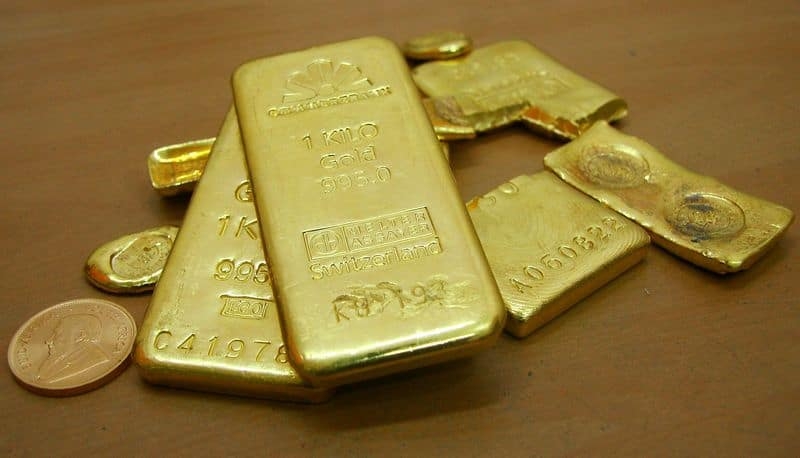 Gold prices fell about 3 percent as investors turned to equities after the fall in crude oil prices improved risk appetite of investors. Gold settled on a weaker note in the international markets amid possible de-escalation of war between Russia-Ukraine. The dollar index also plunged more than 1 percent.

Russian forces closed in on Ukraine's capital city Kyiv on March 9 as both countries prepared for their first high-level talks since the invasion last month. As per reports from news agency AFP, Russia says negotiations with officials from Kyiv to resolve the conflict in Ukraine were making headway and underscored that Moscow's troops were not working to topple the Ukrainian government.