This movie is a must-watch for anyone interested in understanding the stock market movements. The 2019 American movie is a biographical comedy based on the life of stockbroker Jordan Belfort. It was directed by Martin Scorsese and stars Hollywood hotshot Leonardo DiCaprio. The movie portrays the trajectory of Belfort’s life and how his wrongdoings ended a rather successful career. Belfort was imprisoned for 22 months for massive security scams defrauding investors. 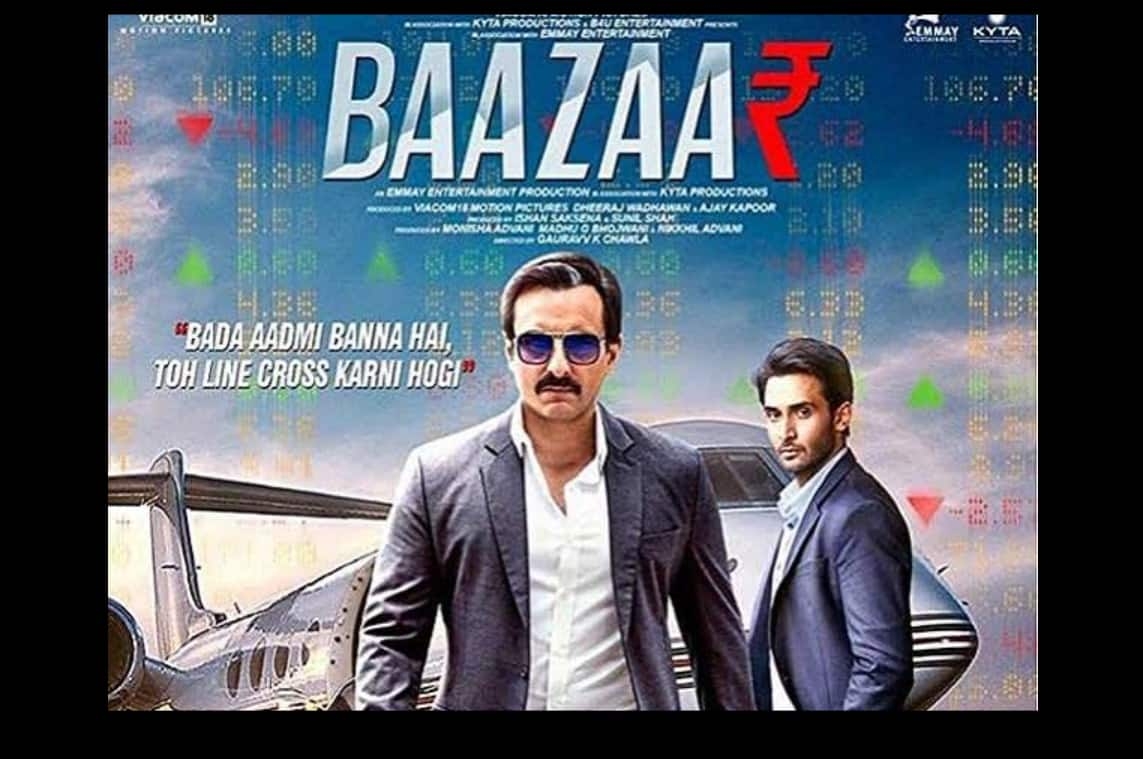 A thriller-drama, directed by Gaurav K. Chawla, starring Saif Ali Khan, debutant Rohan Vinod Mehra, Radhika Apte, and Chitrangada Singh. The movie revolves around a life of a stock trader who comes to a big city to work in the market, earn big bucks and meet his idol, however, is enmeshed in corruption, illegal stock market practices, and insider trading. The movie portrays the realities of the stock market world and aptly illustrates what it takes to survive in the field. Written and Directed by J.C Chandor, Margin Call is an American financial thriller, which depicts the 24-hour time period at a Wall Street investment bank during the early stages of the 2007-08 financial crisis. The movie starring Kevin Spacey, Zachary Quinto, Stanley Tucci, and many more, delve into investment fraud, capitalism, and greed involving the field of the stock market. 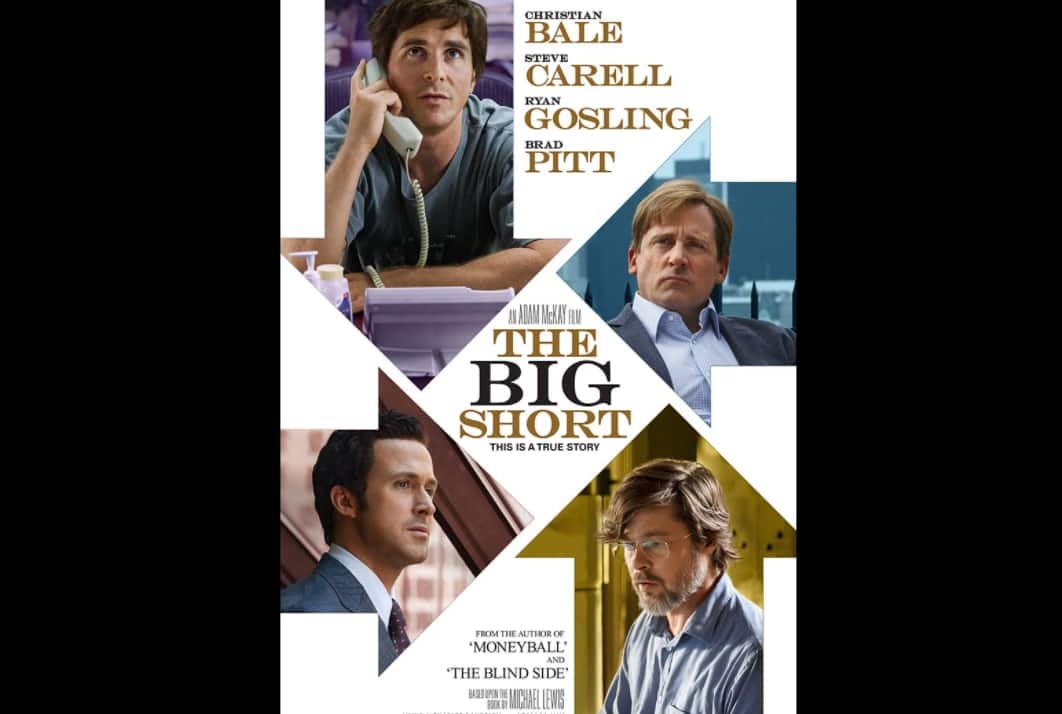 Another movie based on the 2008 financial crisis and gives an apt portrayal of what went down right before the crash. Directed by Adam McKay, it is based on the book by Michael Lewis ‘The Big Short: Inside the Doomsday Machine’ which shows how the financial crisis of 2007–2008 was triggered. The movie stars Christian Bale, Steve Carell, Ryan Gosling, and Brad Pitt in lead roles and follows three distinct stories that culminate into one. 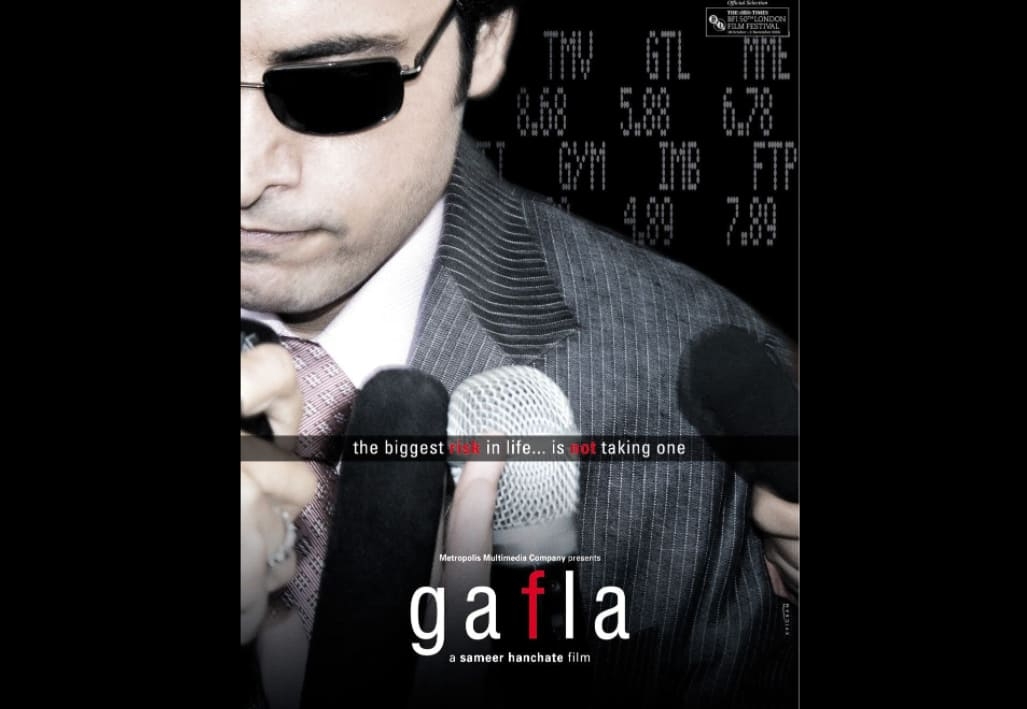 Based on the real-life, infamous Harshad Mehta Scam in 1992, the movie is based on the life of an ambitious middle-class man who invests in the stock market and soon enough becomes a big player. However, he gradually gets involved in scams, creating havoc in thousands of lives and ultimately losing everything. The movie focuses on the volatile nature of the market and uncertainties that come along with investing in the stock market are inevitable and so one needs to be careful or else will end up losing. Directed by Sameer Hanchat, starring Vinod Sharawat, Gafla is a must-watch when it comes to understanding the instability of the stock market. Wall Street is a 1987 American drama film, directed and co-written by Oliver Stone, starring Michael Douglas, Charlie Sheen, Daryl Hannah, and Martin Sheen. The film revolves around a young stockbroker, Bud Fox (Charlie Sheen) who wants to work with his hero Gordon Gekko (Michael Douglas), a wealthy, ruthless corporate raider and ultimately gets involved in stock market manipulation and insider trading. It is hands down one of the best stock market movies which rightly showcases the greed associated with wall street. 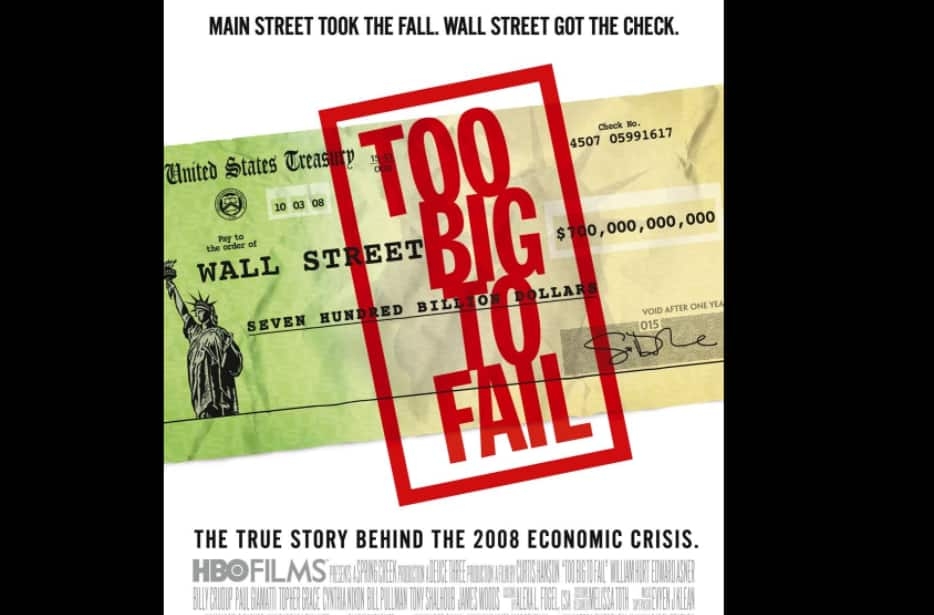 Too Big to Fail is an American biographical drama television film, directed by Curtis Hanson, based on the 2009 book ‘Too Big to Fail: The Inside Story of How Wall Street and Washington Fought to Save the Financial System-and Themselves’ by Andrew Ross Sorkin. This is again based on the 2008 financial crash and focuses on the US Treasury and Federal Reserve System and how they brought the economy back on track by defeating the recession. The movie shows the importance of the stability of such financial institutions for the economy of the country. 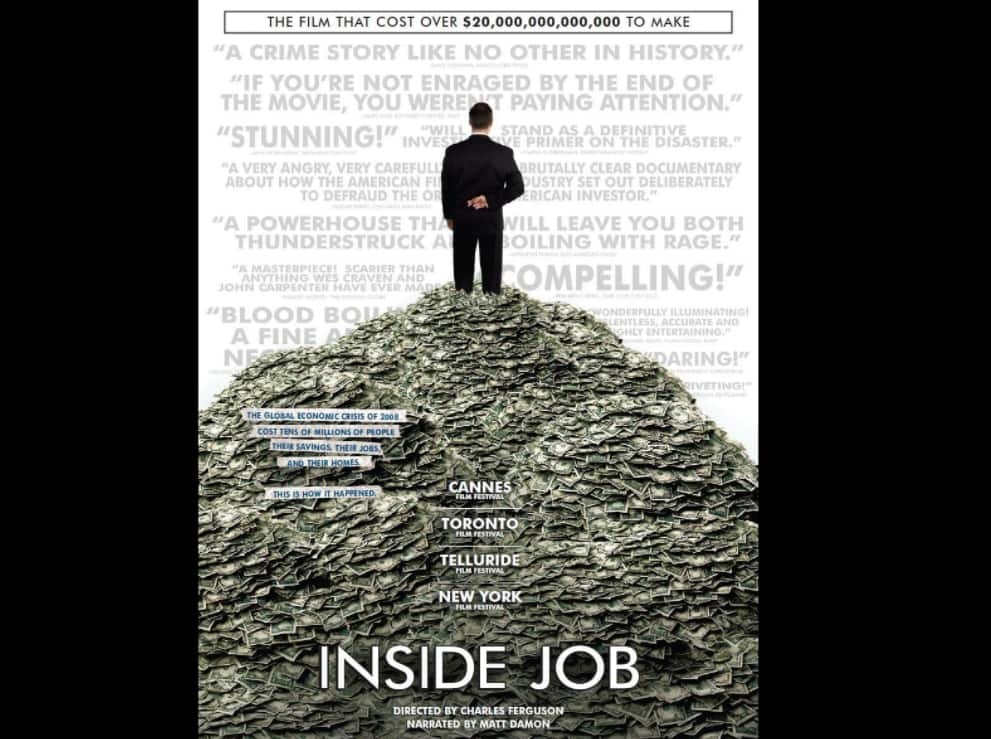 Directed by Charles Ferguson, Inside Job is a documentary based on the 2008 crisis, The five-part documentary unveils high-profile interviews with major players of the stock market world. It focuses on the banking practices and policies that led to the event and is a must-watch, especially for those viewers who want to know the reality behind the crisis. The movie also showcases greed and power in its worst. Inside Job won numerous awards including Academy Award for Best Documentary and New York Critique Circle Award.