After years of a downtrend, rising investments and sustained demand seem to have brightened the outlook for the real estate sector. However, high raw material costs amid the ongoing Ukraine-Russia war are a near-term overhang, noted experts. 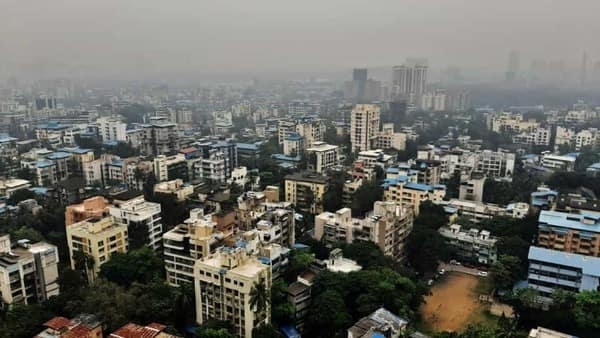 After years of a downtrend, rising investments and sustained demand seem to have brightened the outlook for the real estate sector. However, high raw material costs amid the ongoing Ukraine-Russia war are a near-term overhang, noted experts.

After years of a downtrend, rising investments and sustained demand seem to have brightened the outlook for the real estate sector.

Analysts at ICICI Securities believe that the sector is recovering as the private industrial capex cycle in India has formed a bottom over the past few years. "We are in the first stage of the revival driven by capex announcements by industrial corporates," ICICI Securities said.

The brokerage added that rising animal spirits are also seen in the announcements of corporate mergers and acquisitions. Besides, there are clear signs of bottoming out of housing prices after a decade of declining growth with mortgage rates at record lows.

Meanwhile, Vivek Rathi, of Knight Frank India also agreed. He noted that the consumer sentiment shifted heavily towards homeownership amid the pandemic, which has led to a rise in sales momentum.

"Sales momentum has sustained even post the third coronavirus wave, which shows the sector is under a new upcycle. While there could be periods of relative under/outperformance, overall bias remains upward in both price and volume trajectory," he said.

However, high raw material costs amid the ongoing Ukraine-Russia war are a near-term overhang, noted experts.

As per a recent report by CREDAI (Confederation of Real Estate Developers' Associations of India), nearly 40 percent of real estate developers feel that they will not be able to deliver their projects if the government did not take steps to provide relief from a sharp hike in prices of construction materials.

A recent survey by CREDAI showed that there is a direct increase of approximately 20 percent in construction costs, which will have a direct bearing on the real estate prices. Rates are expected to rise further by 5-7 percent, taking the total increase to 10-15 percent across India in 2022, the survey stated.

Rathi also pointed out that there is increased pressure from input price hikes and therefore developers are cautious regarding new project initiation.

Brokerage house HSBC, in a recent report, also noted that it remains cautious in the sector due to the rise in commodity prices. It noted that the rise is putting significant pressure on input costs and if the developers don’t increase prices adequately, margins will take a hit. Moreover, it believes that sales momentum has already been priced in by the market, and gradually increasing land prices will put pressure on long-term profitability.

Going ahead, analysts believe that the March quarter earnings (Q4FY22) for the sector are expected to be strong for listed developers.

"Among the developers, DLF Ltd and Macrotech Developers have substantial ready to move (RTM) inventory which would release cash flows under the current environment and thereby remain relatively insulated from input cost inflation. We remain constructive on the residential cycle backed by high absorption / low inventory scenario and the ongoing consolidation trends," said a report by JM Financial. It prefers DLF, Macrotech Developers, and Prestige Estates.

REIT offer exposure to real estate market without a lot of the hassles that usually come with it.