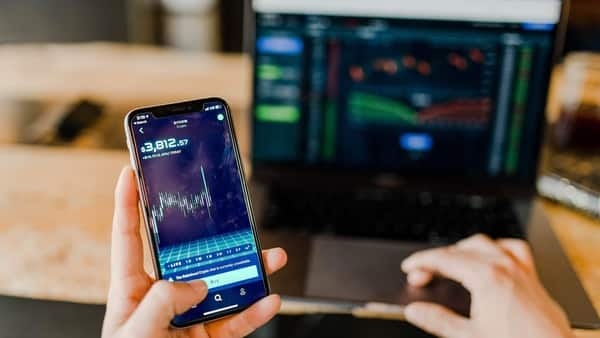 Indian indices are likely to open in the green on Friday even as global markets remain cautious as tensions between Russia and Ukraine escalated. At 8:30 am, the SGX Nifty was trading 35 points or 0.2 percent higher at 17,255, indicating a flat-to-positive start for the Indian markets. US President Joe Biden sees Russia invading Ukraine within days.

Indian equity benchmarks closed a volatile session on Thursday on a lower note, though recovering most of their intraday losses. The Sensex ended 104.7 points or 0.2 percent lower at 57,892, retreating 454 points from the day's high.

US stock markets fell heavily on Thursday as investors remained anxious over the possibility that Russia could invade Ukraine. Yields also came down as investors shifted money into low-risk US government bonds. Wall Street indices tumbled nearly 2 percent. S&P 500 had its biggest drop in two weeks. Technology stocks led the way lower, pulling the Nasdaq down. The S&P 500 fell 94.75 points, or 2.1 percent, to 4,380.26. The Dow Jones Industrial Average fell 622.24 points, or 1.8 percent, to 34,312.03. The Nasdaq fell 407.38 points, or 2.9 percent, to 13,716.72.

Asian markets were in the red in the early hours following deep losses on Wall Street overnight, after an exchange of fire in eastern Ukraine. MSCI's broadest index of Asia Pacific shares outside Japan was down 0.2 percent at the last count. US President Joe Biden sees Russia invading Ukraine within days. MSCI's broadest index of Asia-Pacific shares outside Japan was down 0.3 percent, Japan's Nikkei fell 1.4 percent after the country reported a fifth straight month of inflation, with energy prices posting their biggest annual rise in 41 years. Korean and Australian shares each fell 1 percent

Oil prices retreated on Friday after wild swings during the week, as the prospect of extra supply from Iran returning to the market outweighed fears of a possible Russian invasion of Ukraine, which could disrupt supply. Brent crude futures were last down 0.5 percent at $92.47 a barrel, more than 4 percent below Monday's peak, and US crude fell 0.5 percent to $91.26 a barrel.

The rupee slipped to 75.11 against the US currency on Thursday due to forex outflows and geopolitical tensions. Forex traders said elevated crude oil prices and expectations of aggressive rate hikes by the US Fed weighed on the local unit.

Shelling in Ukraine on Thursday renewed Western fears of an imminent Russian invasion as U.S. President Joe Biden said Moscow is preparing a pretext to justify a possible attack and the Kremlin expelled an American diplomat. US President Joe Biden sees Russia invading Ukraine within days. Also, US Secretary of State Antony Blinken has accepted an invitation to meet with Russian counterpart Sergei Lavrov next week "provided there is no further Russian invasion of Ukraine," the State Department said.

Lupin, Wipro, Hero Moto, HDFC, Ambuja Cement, Torrent Power, Bajaj Consumer are some stocks that will be in news today.