As per reports, the government seems to be sticking with the trend of frontloading its debt raise early in the fiscal year. 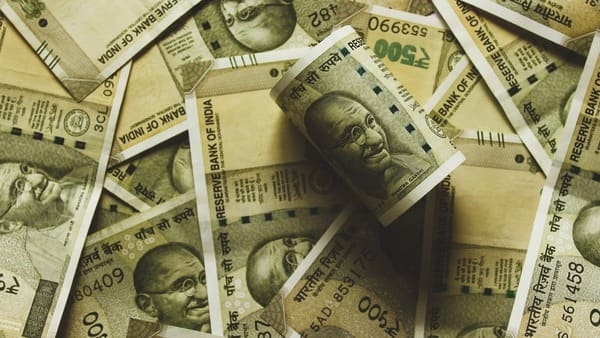 As per FY23 budget, the gross market borrowing through dated securities was pegged at ₹14. 95 lakh crore.

The Government of India (GoI) will borrow ₹8. 45 lakh crore in the first half of 2022-23 (H1FY23), or 60 percent of the planned borrowing for the full year, said a report from the Economic Times.

With this, the government seems to be sticking with the trend of frontloading its debt raise early in the fiscal when the private demand for funds is low.

The move will also allow the government to expedite its capital spending programme to support the ongoing recovery. The centre announced the borrowing programme for the first half of FY23 on March 31 in consultation with the Reserve Bank of India (RBI), the report further added.

Meanwhile, India’s fiscal deficit widened by 40 percent in February from the preceding month as the Centre shared an unprecedented ₹2.42 trillion worth of taxes with states, buoyed by higher revenue collections, said a Mint report.

The gap between the Centre’s revenue and expenditure touched 82.7 percent of the full year’s estimates in the 11 months to February. This indicates the government may be on course to meet the revised fiscal deficit target of 6.9 percent of gross domestic product (GDP) for the financial year 2022 (FY22), the report added.