According to a quarterly labour force survey conducted by the National Statistical Office, the unemployment rate for people aged 15 and above in urban areas fell to 12.6% in April-June 2021 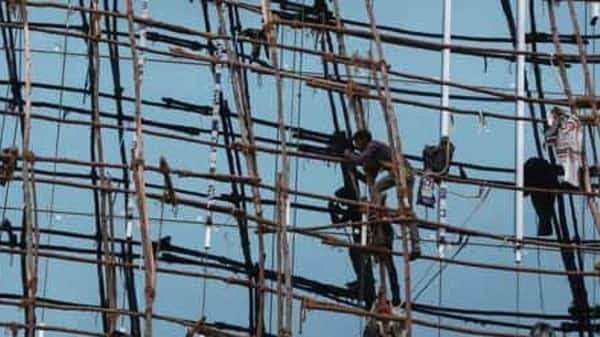 The unemployment rate for people aged 15 and above in urban areas fell to 12.6% in April-June 2021

The unemployment rate for people aged 15 and above in urban areas fell to 12.6% in April-June 2021, down from 20.8 percent in the same month the previous year, according to a quarterly labour force survey conducted by the National Statistical Office (NSO).

The unemployment rate (UR) is the percentage of people who are unemployed in the labour force. Joblessness was high in April-June 2020, owing to the impact of the country's lockdown restrictions, which were established to prevent the spread of the deadly coronavirus.

As per the 11th Periodic Labour Force Survey (PLFS), the unemployment rate for people aged 15 and above in metropolitan areas was 9.3% in January-March 2021.

Labour force participation rate in CWS (current weekly status) in urban areas for persons of 15 years of age and above was 46.8 per cent in the April-June quarter of 2021, up from from 45.9 per cent in the same period a year ago. It was 47.5 per cent in January-March 2021.

Labour force refers to the part of the population which supplies or offers to supply labour for pursuing economic activities for the production of goods and services and therefore, includes both employed and unemployed persons.

NSO launched PLFS in April 2017. On the basis of PLFS, a quarterly bulletin is brought out giving estimates of labour force indicators namely UR, Worker Popu­lation Ratio (WPR), Labour Force Participation Rate (LFPR), distribution of wor­kers by broad status in empl­oyment and industry of work in Current Weekly Status (CWS).

We explain what are tax saving fixed deposits.