After the results are approved by the board, these would be sent to the IRDAI; a revised offer document would be filed after that 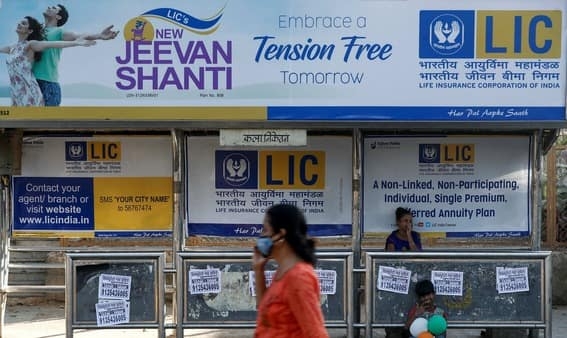 After the results are approved by the board, these would be sent to the IRDAI and a revised offer document would be filed after that. Photo: Reuters

Life Insurance Corporation’s board will likely meet over the weekend to finalise its results for fiscal 2022 and will file a revised public offer document by mid-next week, reported Economic Times.

Roadshows for the initial public offer (IPO) would start soon after and the issue is expected to open by the end of the month, they said.

The government is keen to complete LIC’s public issue, likely to be the largest ever in the country, by the first week of May given the choppy stock markets and assorted risks arising from geopolitical events as well as rising inflation.

“Listing would be completed by May 12,” said a government source.

After the results are approved by the board, these would be sent to the Insurance Regulatory and Development Authority of India and a revised offer document would be filed after that, said a person familiar with the development, detailing the process over the next few weeks, wrote The Economic Times.

The draft offer document filed by LIC has proposed a 5 percent dilution by the government. However, if the response is good, the government may offer another 2 percent.

“The idea is to send out a message to the markets and also investors,” a top government official said.

For the uninitiated, the insurer’s IPO was expected to be launched in March, but the issue was delayed following the volatility in the market due to the Ukraine-Russia conflict.

The stock markets have turned choppy again following concerns over inflation and likely monetary tightening in India as well as most of the developed world.

The government has budgeted ₹65,000 crore from disinvestment in the current financial year. With the embedded value of LIC estimated at ₹5. 4 lakh crore, the Centre may raise ₹60,000-70,000 crore through the 5 percent stake sale.

In case the IPO does not take place by May 12, the insurer will be supposed to update the offer document with the audited financials for FY22 that could further delay the process.