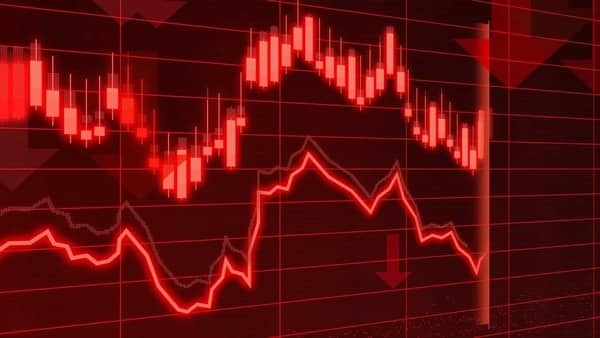 Domestic stocks suffered strong losses on May 12, in sync with major global peers as investors feared elevated inflation will lead to more aggressive hikes in the coming months while geopolitical tensions are appearing far from getting over.

The overall market capitalistion of BSE-listed firms dropped to ₹240.90 lakh crore from ₹246.32 crore in the previous session, making investors poorer by ₹5.42 lakh crore in a single day.

US inflation rose 8.3 percent in April year-on-year, slightly lower than the 8.5 percent in March, but still above the Reuters poll of economists at 8.1 percent. Higher inflation in the US means Fed will lift rates aggressively which will hit the global growth.

"Yesterday’s release of higher-than-expected US CPI data suggests that the inflationary pressure will persist in the near term. However, it is presumed to have peaked and will gradually decline in line with the ongoing fall in crude and other commodity prices, and the slowdown in the economy," said Vinod Nair, Head of Research at Geojit Financial Services.

"The Fed surprised the market with a hawkish stance, limiting liquidity, which limits further setbacks in the future. We can expect the market to stabilize as FIIs may reduce selling factoring inflation and Fed policy," Nair added.

V K Vijayakumar, Chief Investment Strategist at Geojit Financial Services pointed out inflation continues to be a major headwind for markets. Consumer inflation in the US in April coming at 8.3 percent reinforces the market's concern about aggressive rate hikes by the Fed and the possibility of a US recession in 2023.

"With dollar index at 104 and expected to strengthen further FIIs are likely to continue selling till Indian valuation becomes attractive. Even though DII buying is more than FII selling now, that is not enough to lift sentiments in the market since the macro headwinds are strong. Market's preference for value over growth is reflected in the strength of high-quality banking stocks which are even now at buyable valuations," said Vijayakumar.

India's retail inflation for April will be out later today and higher inflation along with margin pressures seen in fourth-quarter earnings is further accentuating the selling pressure in equities, said S Ranganathan, Head of Research at LKP securities.

"With safe-haven flows pushing the dollar index to twenty-year highs, investors now seem to be pinning their hopes on a resolution to the conflict at the earliest," said Ranganathan.

Other than the inflation, rate hikes and foreign capital outflow, the lockdown in China is also weighing on the global growth outlook while the war between Russia and Ukraine has added to the worries.

The geopolitical tensions may aggravate in the coming days as Finland said it would apply to join NATO without delay and Sweden also may follow suit. The decision by the two Nordic countries to abandon the neutrality they maintained throughout the Cold War would be one of the biggest shifts in European security in decades, reported Reuters.

Ukraine war is the main reason behind the recent jump in crude oil and other commodity prices. Brent crude traded above the $105 a barrel mark. The Indian rupee fell 19 paise to end at 77.42.