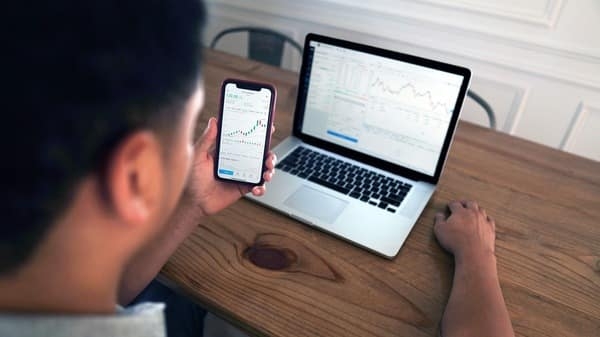 The Indian equity market remained in the negative territory for the fourth consecutive session as investors continued selling off their investments in stocks amid concerns over the Russia-Ukraine war's fallout.

There was no respite for the market as the Russia-Ukraine war and a sharp rise in crude oil prices kept investor sentiment fragile on March 7.

Brent crude oil prices reached near $130 a barrel on March 7, its highest since 2008. Most brokerages and analysts believe that the Russia-Ukraine war and its fallout will keep crude oil prices elevated for a longer period.

Higher crude oil prices and sustained FPI outflow dragged the rupee to all-time low level. The Indian currency tanked 84 paise to close at its lifetime low of 77.01 (provisional) against the US dollar on Monday.

Among the sectoral indices, the BSE Realty pack fell over 5 percent, followed by bank, finance and auto indices, each falling more than 4 percent.

"Oil prices surged above $130 a barrel for the first time since July 2008, following the risk of the US and European ban on Russia’s oil export which accounts for about 10 percent of global supply. As a result, the domestic market along with its global peers witnessed a huge sell-off from opening hours. Inflationary pressure is also witnessed in other commodities like gold, aluminium, copper, etc., which will eventually eat away corporate profits in the coming quarters," said Vinod Nair, Head of Research at Geojit Financial Services.

The overall market capitalisation of BSE-listed firms dropped to ₹241.1 lakh crore on March 7 from ₹246.8 lakh crore in the previous session, making investors poorer by ₹5.7 lakh crore in a single day.

As many as 161 stocks, including HDFC, HDFC Bank, Hindustan Unilever, Mahindra & Mahindra and Ultratech Cement, hit their 52-week lows in intraday trade on BSE. About 460 stocks hit their lower circuits on BSE.

What to expect now?

The market is expected to remain volatile and analysts advise one must bet as per his or her risk appetite, taking cues from the global markets.

"Markets are rattled with a sharp surge in crude amid the fear of further sanctions on Russia. Besides, there’s no sign of de-escalation of tension between the two nations. In short, we expect volatility to remain high and suggest keeping a close watch on global markets for cues," said Ajit Mishra, VP - Research, Religare Broking.

"The uncertainty continues due to the current crisis between Russia and Ukraine along with increasing crude oil rates. Investors are advised to retain liquidity and avoid taking a new position in the market till things are clear," said Rahul Sharma, Head of Research at Equity 99.

On the upper side, 15,940 will act as very strong resistance. If Nifty goes beyond these levels then the next stop will be around 16,150, which if broken, will take markets to 16,240 level, he added.