Sensex cracks over 1,000 points; 5 key factors behind the selloff

Sensex cracks over 1,000 points; 5 key factors behind the selloff

Weak global cues kept the market sentiment subdued as the Ukraine war has worsened further. The Ukraine war started on February 24 and since then it has kept investors on edge globally. 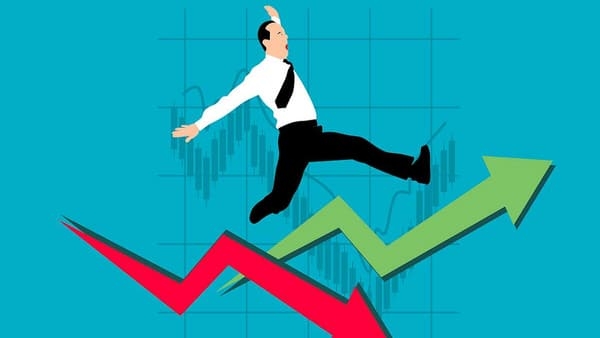 The Q4FY22 earnings have come out on mixed lines so far keeping the sentiment low. So far, TCS, Infosys, HDFC Bank are among the heavyweights that have declared their March quarter numbers.

BSE Midcap and Smallcap indices closed 0.95 percent and 1.01 percent lower, respectively. Among the sectors, BSE IT and Teck plunged 4.76 percent and 4.60 percent, respectively. On the other hand, power and utilities indices rose about 2 percent each.

Here are five key factors that seem to have hit the market:

Weak global cues: Weak global cues kept the market sentiment subdued as the Ukraine war has worsened further. Media reports suggested a Russian ultimatum for the last remaining Ukrainian forces in Mariupol to surrender expires on Sunday, with Moscow poised for a major strategic victory in the southeastern port city. A Reuters report said after failing to overcome Ukrainian resistance in the north, the Russian military has refocused its ground offensive on Donbas, while launching long-distance strikes at targets elsewhere, including the capital, Kyiv.

"Oil prices rise on supply concerns as the Ukraine crisis deepens. Crucial support for Nifty50 is 17,000 while Nifty may face some resistance at 17,500," he added.

Rising Covid cases: Even though it looks unlikely that rising Covid cases will trigger lockdowns, the sharp jump in fresh infections has raised concerns. A Hindustan Times report quoted health ministry data that India saw a jump of nearly 90 percent in daily Covid cases - compared to Sunday - as the country registered 2,183 fresh infections. This is the first time in nearly a month that the country has registered more than 2,000 cases in a day (2,075 cases were registered on March 19).

Mixed quarterly earnings: The Q4FY22 earnings have come out on mixed lines so far keeping the sentiment low. So far, TCS, Infosys, and HDFC Bank are among the heavyweights that have declared their March quarter numbers.

Inflation worries: India's retail inflation is soaring due to geopolitical tensions which caused supply-related disruptions of key commodities. Analysts point out that if the inflation remains elevated for a longer period, the RBI will be forced to lift rates in a rather aggressive way while growing input costs will put pressure on the companies' margins.

"Globally managing inflation has taken precedence over growth as higher commodity prices especially that of crude oil and agriculture commodities have led to a surge in cost of living. With central banks around the world taking monetary measures to contain inflationary pressures, its possible impact on growth needs to be watched. Inflationary pressures have also been weighing on markets too given the possible impact on margins and thus earnings. Hence, any developments on these fronts need careful monitoring," said Hemant Kanawala, Head – Equity, Kotak Mahindra Life Insurance Co.

FPI outflow resumes: After a brief pause, FPIs have started taking money off the Indian market yet again. FPIs have been selling off Indian equities since April 6. In April so far, they have offloaded Indian equities worth 10,762 crore, brokerages data showed.

The market has many headwinds in the short term and analysts advise picking quality value stocks at this juncture.

"In the near term, headwinds are getting stronger for the market. Globally, sentiments are negative with the Dollar index above 100, 10-year yield above 2.8 percent and the global economy is expected to weaken if the Ukraine war continues. Back home in India, Infosys results came worse than expected with rising attrition and weakening margins even though growth prospects appear bright. IT valuations may come under pressure dragging the index down," said V K Vijayakumar, Chief Investment Strategist at Geojit Financial Services.

Vijayakumar observed that a clear trend in the market is the preference for value over growth. This trend and the outperformance of the mid-caps are likely to continue. Investors will get buying opportunities in these segments on declines, he said.