The Paytm Saga: Why a stop-loss strategy is vital in stock market

The Paytm Saga: Why a stop-loss strategy is vital in stock market

Stop losses are helpful irrespective of whether an investor is trading for the long term or short term since markets by default are volatile. 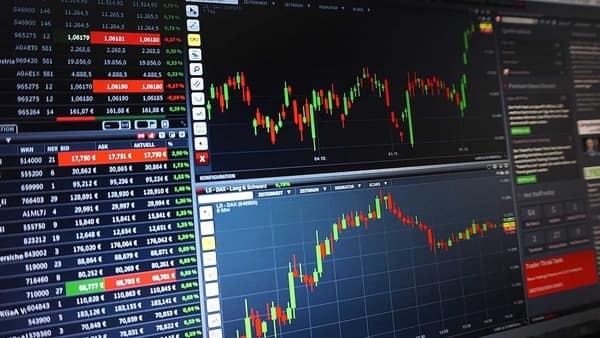 If you are a trader in the stock markets stop loss is a concept you can not ignore. Stop-loss is an advance order to sell a security after it reaches a particular price point. It is used to limit the loss in a trade. It is like protection to your trade.

Stop losses are helpful irrespective of whether an investor is trading for the long term or short term since markets by default are volatile and it becomes very hard to predict how much they will fall on any domestic or global cue.

Further, markets also have the tendency to react violently to negative news flows and if an investor does not put stop loss then the losses could escalate and endanger your entire portfolio. Hence, stop losses become so central to a trader.

For example, if a trader has taken an option at ₹120 and wants to limit the loss to ₹105, they have to place a stop loss to sell at ₹105.

Let's take for example the case of Paytm. Investors had high hopes for the fintech startup, however, it has continuously disappointed investors, declining consistently since its listing.

Even BSE asked for a clarification from the firm regarding its 'significant price movement' after it slipped below ₹600. However, the stock rose around 13 percent in intra-day deals today, providing some respite to its investors on the back of high volumes.

Most analysts suggest staying away from the stock.

Now, investors who bought the stock during its IPO would have lost over 72 percent of their wealth. From current levels, the stock would have to give whopping returns of over 260 percent just for the investors to break even with their IPO investment, which does not look very plausible in the near future.

However, for investors who would have followed a 'stop-loss strategy' and sold the stock earlier at the various stop losses given by the brokerages and market experts, their loss would have been pretty limited.

As per AK Prabhakar of IDBI Capital, investors should not invest in IPOs just due to peer pressure or word of mouth and must look deeply at fundamentals if they want to save money. Paytm's fundamentals have never been very strong in comparison to its high valuations, and hence even for investors who subscribed to the IPO for listing gains, should not have help on to the stock longer, he added. A stop-loss strategy would have helped investors curb losses and invest in stocks with more promise, stated Prabhakar.

Market experts also noted that sticking to a stop-loss strategy not only helps limit losses but also keeps the portfolio of an investor in check. If an investor decides on a stop loss of say 15 percent, the losses won't be higher and the investor will be able to get out in time before the situation worsens, they added.

Prabhakar further stated that an IPO investor must be clear on the objective of their investment, whether it is for listing gains or long-term investment and for both cases, the investor must have a stop loss strategy in consultation with his/her broker.

As per Motilal Oswal, "every trader can trade in the market only with finite capital. Hence the primary objective of trading is to protect your capital. That is only possible in a measurable way by using the concept of stop losses. Stop-loss instills discipline in trade. The idea of trading is that you have a good idea of your risk-return trade-off in each trade. That is only possible if you set your stop-loss levels and profit targets well in advance."

By measuring your potential loss on the basis of stop-loss on all your open trades, you get an idea of how much of your capital is at risk and that immediately acts as a trigger in case you need to appropriately cut your positions to reduce your risk, it added.

At the time of listing, most experts had a stop loss of around ₹1,200 for the stock. Currently, the stock is trading below ₹600.

We explain the concept of stop loss here.