Is it mandatory for NRIs to link PAN to Aadhaar? We explain

Is it mandatory for NRIs to link PAN to Aadhaar? We explain

For non-resident Indians, it is optional to link PAN to aadhaar, but only if you update your status as non-resident in tax records 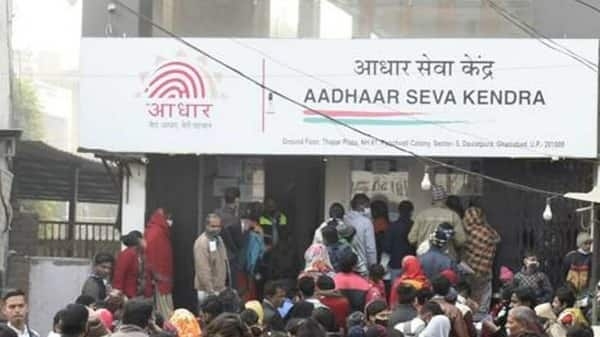 Linking of the two documents is mandatory only for resident Indians. Photo: HT file

Although the deadline to link PAN to aadhaar got over on March 31, the apex body on direct tax — Central Board of Direct Taxes(CBDT) — permitted tax payers to link the two documents by the end of current fiscal i.e. 2022-23, for a fee that ranges between ₹500 to ₹1,000.

“In order to mitigate the inconvenience to the taxpayers ... a window of opportunity has been provided to the taxpayers upto 31st of March, 2023 to intimate their Aadhaar to the prescribed authority for Aadhaar-PAN linking without facing repercussions,” CBDT, the apex decision making body on direct taxes, said in statement recently.

However, linking of these two documents is mandatory only for resident Indians and not for non-residents.

For NRIs, Aadhaar and PAN linking is optional. Nevertheless, you can be absolved only if the income tax department knows that you are an NRI. It would be incorrect to assume that a tax payer is seen as an NRI because they made investment as an NRI unless they change their status to NRI in the records of income tax department.

Income tax dept has clearly mentioned in its email communications that your NRI investments do not result in updating your NRI status with tax office. See the screenshot below pic.twitter.com/VHtfKO8zGf

So, it is vital to either link your PAN to aadhaar, or to update your status as non-resident in the tax department records to ensure smooth processing of taxation formalities.

The only way to intimate the income tax office is to login to your account at incometax.gov.in/iec/foportal.

Once you login, you can click your name on the top right and edit your profile info. Here you can update residence status to non-resident.

The central board of direct taxes had issued a statement in 2017 which stated that the requirement to quote aadhaar for filing income tax returns and for making an application for allotment of PAN with effect from July 1, 2017 shall not apply to non-residents.

It is imperative to note that an Indian is considered a resident, if he/ she has resided in India for a period amounting in total to 182 days or more in the 12 months preceding the date of application for relevant services or documents such as Aadhaar.

ALSO READ: Missed the deadline? Get ready to pay fee to link PAN to Aadhaar

The website states, “As per the Aadhaar (Targeted Delivery of Financial and Other Subsidies, Benefits and Services) Act, 2016, only a resident individual is entitled to obtain Aadhaar. Resident as per the said Act means an individual who has resided in India for a period or periods amounting in all to 182 days or more in the 12 months immediately preceding the date of application for enrolment.”

However, tax payers must note that any linking of the two documents which will happen during the current fiscal will happen for a fee of ₹500 until June 30 and ₹1,000 afterwards.