Despite this massive selloff, the domestic markets have surprisingly been relatively resilient 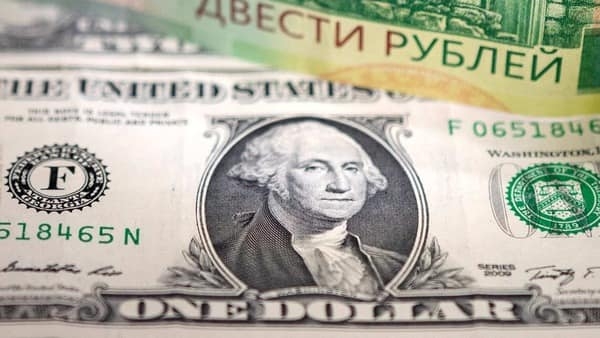 The shallow correction of market index happened because of sharp inflows from DIIs, as they pumped in $28 billion on a trailing 12-month basis.

The pace at which foreign portfolio investors (FPIs) are selling Indian stocks is one of the fastest the domestic market has ever seen, reported Business Standard. An analysis by domestic brokerage ICICI Securities shows the trailing 12-month (TTM) selling tally of FPIs at $36 billion is even higher than what was seen during the 2008 Global Financial Crisis (GFC) when this figure was $28 billion.

Overseas investors have increased their selling since October ahead of the US Federal Reserve’s hawkish stance in the wake of surging inflation. In the past month, the sell-off increased following Russia’s attack on Ukraine that led to a spike in global commodity prices, especially oil.

Since October, foreign portfolio investors have withdrawn around $20 billion from Indian stocks, while net sell-off for the past month is nearly $9 billion, reported BS.

Despite this selloff, the domestic markets have surprisingly been resilient. From its peak in October, Sensex came off as much as 15 per cent. It currently trades less than 10 per cent from the October high of 61,766.

DIIs are the saviour!

It is vital to note that the shallow correction is because of sharp inflows from domestic institutional investors (DIIs), as they pumped in $28 billion on a trailing 12-month basis.

As a result, the TTM net institutional outflows at $8.2 billion (FPI + DII flows) is currently lower than the peak outflow of $8.6 billion during global financial crisis, says ICICI Securities.

Also, if one adds FPI investment into the primary market (mainly IPOs), TTM outflows drop to $18.3 billion. There are sharp inflows from DIIs because of sustained inflows into mutual funds (MFs), particularly via the systematic investment plan (SIP) route. SIPs are witnessing inflows in excess of ₹10,000 crore on a monthly basis.

“We are witnessing consistent buying by domestic investors in the face of unprecedented selling by FPIs during rare and extreme fear-inducing events seen over the past few years (the Covid pandemic and global brinkmanship due to the Russia-Ukraine conflict)," says Vinod Karki, equity strategist at ICICI Securities.

"This is a clear positive surprise and heralds the structural deepening of domestic savings into equities in India. Such behaviour of aggressive buying during declining stock prices by domestic investors should result in improved long-term outcomes for their portfolios versus buying in a high-optimism phase of the market, and thereby setting off a virtuous cycle,” he adds.

Large foreign exchange reserves are maintained to prevent the economy from global shocks.