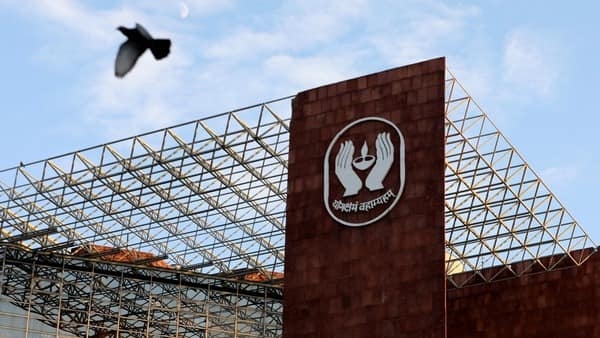 LIC is one of the largest corporations in India and its IPO launch would be the largest public offering ever in the history of Indian financial market. Photo: Anushree Fadnavis/ Reuters

The Government of India filed the draft red herring prospectus (DRHP) for the insurance behemoth Life Insurance Corporation of India (LIC) with the market regulator Sebi on Sunday, February 13, 2022.

As per the papers filed with Sebi, the issue is a 100 percent offer for sale for around 31.6 crore shares or a 5 percent stake of the firm. No fresh shares will be issued for the IPO.

The IPO is expected to help the government of India meet its revised disinvestment target of ₹78,000 crore FY22. The DHRP, however, does not indicate the offer size of the IPO.

According to Angel Broking, LIC is expected to be valued around ₹13-15 lakh crore, with the insurance behemoth raising about ₹70,000 crore- ₹1,00,000 crore from its initial stake sale.

Meanwhile, experts at Religare Broking noted that the brand loyalty for LIC is exponential and the IPO will bring a large number of new retail investors to the markets. The company has very strong fundamentals and it the pricing is not very expensive, a number of retail investors will flock to the IPO, they added.

"We can always argue in favour or against this IPO. But it will also have repercussions on many other items. One of the key repercussions will be that the government may not be very keen in divestment during this current financial year with that much aggression. The government may like to get the price for its assets for any divestments. This is a risk of delayed divestment in other companies," said Niteen S Dharmawat - Co-Founder - Aurum Capital.

What is DRHP? All you need to know

DRHP is essentially a document used to introduce a new company or product to a potential investor. It contains information on the company's present state as well as any risks associated with investing in it.

Dharmawat added, "most of the large IPOs that have come at the peak of the cycle are expensive. We have seen that in years 2000, 2008, 2018. This may not be different. Such large IPOs also have their bearing on the liquidity in the market in short term. It will be better to be stock-specific during such times. We should avoid excesses while continuing to hunt for value opportunity."

According to the Angel Broking report, the IPO of LIC has enough room for a sharp rise in the number of Demat accounts in India as CSDL has more than 50 million Demat accounts currently as against about 291.5 million policyholders and agents.

"If we assume 100 percent of these Demat holders are LIC policyholders, we still have about 24 crore policyholders without any Demat account. Hence, the opportunity for new customer acquisition is very high," it added.