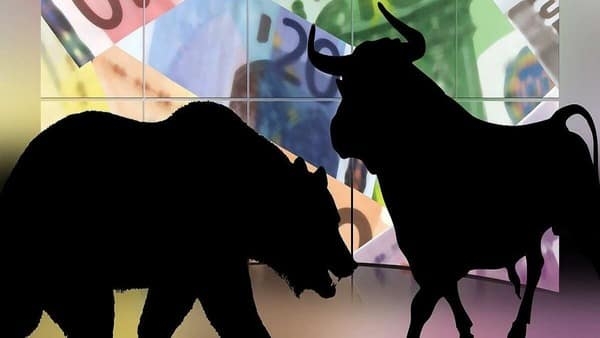 There was no respite for the market from the present headwinds as the domestic equities remained under pressure on May 9, tracking weak global cues, as investors continued offloading riskier equities amid concerns over rate hikes, geopolitical tensions, dollar's rise, and lockdowns in Shanghai.

Concerns over rate hikes are weighing on sentiment and investors fear more aggressive hikes in the coming months thanks to the soaring inflation which is expected to remain elevated primarily due to the ongoing Ukraine war.

As reported by Reuters, "Ukrainian officials said heavy fighting was underway in eastern Ukraine and warned people to take cover from expected missile strikes as Moscow marked the 77th anniversary of the Soviet Union's victory over Nazi Germany in World War Two."

The dollar jumped to a fresh two-decade high while the rupee fell to a fresh all-time low at 77.53 in the trade before ending 55 paise lower at 77.46 per dollar and India's 10-year bond yield rose 0.30 percent to 7.47. Crude oil benchmark Brent Crude eased but traded above the $110 a barrel mark.

Kotak Securities pointed out that the sharp jump in domestic bond yields over the past few weeks has kept the yield gap at high levels despite a moderate correction in the market.

The slowdown in China is also a major concern that is making investors nervous. Covid-led lockdowns in China have raised fears that global growth will slow down significantly this year.

Mid and smallcaps continued underperforming as the Midcap and smallcap indices closed 1.89 percent and 1.67 percent down, respectively.

Among the sectors, utilities, power, oil & gas and energy indices fell more than 2 percent each. Telecom and teck indices rose 0.45 percent each.

"Mixed Q4 earnings are further adding to the negativity. We reiterate our view to focus on shorting opportunities on the rise until we see some sign of reversal. On the index front, support is intact at 16,000 in Nifty and the 16,550-16,650 zone would act as an immediate hurdle," said Ajit Mishra, VP - Research, Religare Broking.

Kotak Securities said valuations are starting to become more reasonable through a combination of price and time correction over the past seven-eight months although they are still high on an absolute basis for ‘growth’ and ’quality’ largecap and mid-cap. stocks. Valuations are quite reasonable for financials and ‘value’ stocks.