The Indian economy is expected to continue to recover in the next 12-18 months and the gross domestic product (GDP) will grow at 9.3 per cent in the year ending March 2022, and 8.4 per cent in the following year. 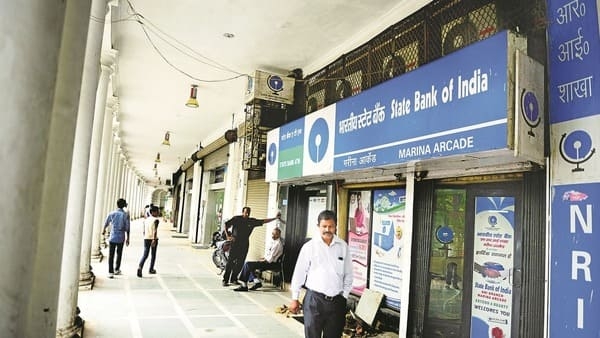 Moody's has maintained a ‘stable' outlook for India's banking system.

Moody's has maintained a ‘stable' outlook for India's banking system. Moody's said in a statement that bank operating conditions will be stable, underpinned by improved consumer and business confidence as well as increased domestic demand.

Financial fundamentals in the banking sector will improve. The profitability of banks will be boosted by lower loan-loss provisions and higher net interest margins, it said.

Capitalization, funding, and liquidity, according to Moody's, will remain stable and support loan growth. However, the global economic consequences of the military confrontation between Russia and Ukraine will pose some concerns, such as higher inflation and interest rates, as well as supply limits.

The Indian economy is expected to continue to recover in the next 12-18 months and the gross domestic product (GDP) will grow at 9.3 per cent in the year ending March 2022, and 8.4 per cent in the following year. Improving consumer and business confidence, as well as improving domestic demand, will support economic growth and credit demand, according to Moody's

Loan growth will be aided by rising corporate profitability and easing funding limitations for non-bank finance firms (NBFCs), who are major borrowers from banks. As per Moody's, bank loan growth would accelerate to 12-13 percent in fiscal 2023, up from 5% in fiscal 2021.

According to Moody’s, Non-performing loan (NPL) ratios will decline because of recoveries or write-offs of legacy problem loans while the formation of new NPLs will be stable as the economy recovers. Loan growth will help push NPL ratios down by expanding the overall pool of loans, even though new defaults may arise from loans that have been restructured because of economic disruptions from the pandemic.

Capital will be stable

Moody’s sees Improving profitability will offset increases in capital consumption due to an acceleration in loan growth, helping banks across the system maintain capital at current levels. Capital ratios at public sector banks (PSBs) have improved in the past year, helped by capital infusions from the government.

Also, PSBs, as well as their private sector banks, have proactively sought to raise capital from the equity capital market, taking advantage of improvements in profitability to attract investor interest.

Rated private sector banks had an asset-weighted average Common Equity Tier 1 (CET1) ratio of 15.8% at the end of 2021, which positions them well to capture opportunities to grow loans as economic conditions improve.

Moody's said that growth in pre-provision earnings and declines in loan-loss provisions will result in improvements in profitability. Gradual increases in domestic interest rates will boost net interest margins because banks will be able to pass on higher rates to borrowers, while their funding costs will increase marginally because banks have reduced the share of high-cost corporate term deposits in total deposits, it added.

Funding and liquidity will be stable

The rating agency noted that funding and liquidity will be stable for both public and private sector banks. Deposit growth will slow because corporates and individuals will use excess cash for consumption and new business opportunities. Still, increases in low[1]cost current and savings account deposits will help banks keep funding costs stable even as interest rates rise.