Is it now viable to invest in cryptocurrencies in India?

Is it now viable to invest in cryptocurrencies in India?

During the Union Budget 2022 speech, Finance Minister Nirmala Sitharaman said tax on the transfer of digital assets such as cryptocurrencies and NFTs will be levied at the rate of 30 percent. But does it make crypto investments legal? We explore here 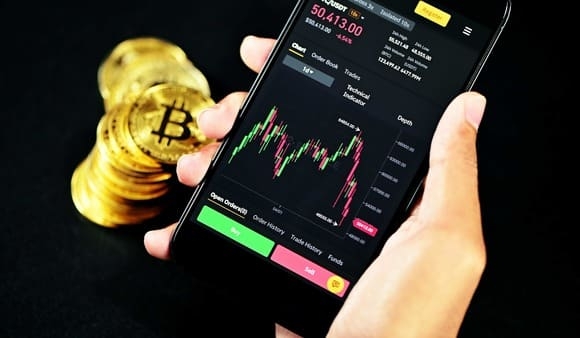 It is vital to know about cryptocurrency before taking a plunge into the crypto market.

There is no denying the fact that cryptocurrency is not a legal tender in India and most parts of the world, since the coins in circulation are predominantly privately created and there is a lack of clear understanding of the disruption these coins may cause. However, investing in cryptocurrency is not illegal either and many online exchanges are operating in the country – like CoinDCX and WazirX – that can be used for trading and investment in cryptocurrencies.

On the budget day on February 1, the much-awaited news on cryptocurrency did arrive. It was not about regulating the cryptos or even about putting a framework in place, but was about taxing the transactions relating to digital assets.

Tax on the transfer of digital assets such as cryptocurrencies and NFTs will now be levied at the rate of 30 percent, announced Union Finance Minister Nirmala Sitharaman during the Union Budget 2022 speech.

The finance minister said there has been a phenomenal increase in transactions in virtual digital assets. "The magnitude and frequency of these transactions have made it imperative to provide for a specific tax regime," said FM during the budget speech.

The debate over the legitimacy of crypto transactions got an impetus ever since the Finance Minister Nirmala Sitharaman announced during the Union Budget 2022-23 speech that the crypto transactions and crypto gains would be taxed at a TDS of 1 percent and 30 percent, respectively. In a similar development, Mrs Sitharaman also announced during the Budget speech that the RBI would soon launch its own digital currency.

All this was seen as an indication that the government has taken one step forward towards legalising crypto transactions. But this belief was short-lived as it was soon rubbished by the Union Revenue Secretary T.V. Somanathan who told Bloomberg TV that the crypto income was being treated like gambling and taxing the income didn’t amount to legalising it as a legal tender.

Even Finance minister Nirmala Sitharaman clarified after the budget speech that taxing cryptocurrencies doesn’t give them legal status.

Is it safe to invest in cryptocurrency from India?

Virtual currencies are not legal cash in India, according to experts, and there is no regulatory protection for them. The Reserve Bank of India (RBI) had also issued a warning concerning the financial, operational, customer protection, and legal

Investors, especially retail consumers, are at risk of losing their hard-earned money if a Ponzi scheme-style investment bubble forms. So that they do not fall victim to such Ponzi schemes, they must be aware and exceedingly cautious.

Additionally, storing cryptocurrencies electronically/digitally exposes them to the risks of hacking, password loss, virus attack, and many other threats that could result in a permanent loss of money for the users.

Should you invest despite risks?

The most important thing to remember as a first-time investor in crypto is that it is a high-risk, high-reward venture. Once you've done your due research on the currency, you should invest based on your risk appetite Other than that, it is advisable to trade on sites that adhere to KYC and AML requirements If you're going to invest in this market, you'll want to be on the lookout for get-rich-quick hoaxes.

For example, Bitcoin and Ethereum were launched with lofty ambitions that may only be achieved in the long term. Whether a cryptocurrency project will flourish is impossible to predict, but if it does, early investors could be well-rewarded. Any cryptocurrency endeavour, on the other hand, must acquire widespread adoption in order to be considered a long-term success.

Whilst there are a number of factors that influence bitcoin risk, the increasing rate of usage is a sign that the sector has matured. A growing number of investors, including individuals and businesses, are seeking direct exposure to cryptocurrencies because they believe it is secure enough to invest big amounts of money. Investors are increasingly able to obtain institutional-grade custody services as much-needed financial infrastructure is being constructed. Investment firms, as well as individuals, are increasingly gaining the tools they need to manage and protect their crypto assets.

What is the future of cryptocurrency in India?

Experts said that in India, the regulators and governments have been sceptical about virtual currencies and are apprehensive about the associated risks.

Since the Cryptocurrency and Regulation of Official Digital Currency Bill, 2021 is already in pipeline to create a “facilitative framework” for the creation of an official digital currency that will be issued by the RBI, the road ahead would be tumultuous for private cryptocurrency as the aforesaid Bill might even prohibit private cryptocurrencies in with certain exceptions to promote the underlying technology of cryptocurrency, and its uses, the experts suggested.

Cryptocurrencies are highly secure, thanks to cryptography. There are no intermediaries involved in a transaction. Some countries are now warming up to the idea of these digital coins. El Salvador has made bitcoin a legal tender. The corporate world is eager to make it mainstream as cryptocurrencies do not have regulatory oversight.