What is a golden visa and how one can benefit from it?

What is a golden visa and how one can benefit from it?

In the wake of Sri Lanka announcing golden paradise visa, we explore the key nations which offer such golden handshakes 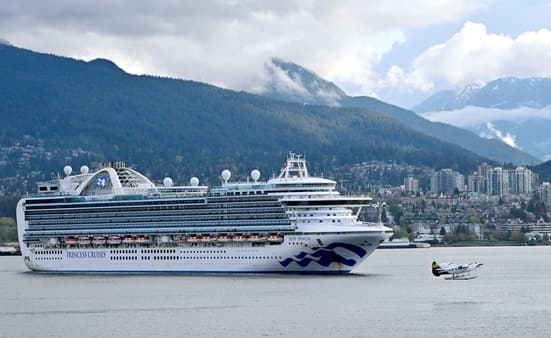 One of the most popular investment visa options offered by Canada is the Quebec Immigrant Investor Program (QIIP). Photo: Reuters

Financial crisis-torn Sri Lanka recently announced that it would sell long-term visas to beckon foreign currency after the island nation ran out of dollars to pay for food and fuel.

Foreign nationals who deposit a minimum of $100,000 locally will be granted permission to live and work in Sri Lanka for 10 years under the ‘Golden Paradise Visa Program’, the Lanka government announced.

This makes one wonder what exactly is a ‘golden visa’ and what are its key benefits for overseas nationals.

What is a golden visa?

A golden visa refers to a legitimate route to citizenship enabling visa-seekers from other countries, particularly wealthy individuals, to get a residence permit or citizenship in another country by buying a house or making an investment or donation there. Investment options vary from country to country.

After making the requisite investment and applying for a Golden Visa, investor can become legal residents of that country.

As per a report by Henley & Partners, Indians have started to move away from conventionally popular destinations of Canada and the USA towards European nations.

Some European nations offering investment migration programs include Greece, Malta, Portugal have gained significance in the past few years, the report points out.

We explore the other countries where Indian nationals go and where they are offered such opportunities of golden visa:

Portugal: Indian can get Portugal golden visa by investing $3,10,000. And the investors need to be in the country for only seven days in a year, as per a report.

Canada: One of the most popular investment visa options offered by Canada is the Quebec Immigrant Investor Program (QIIP). For this, one will be required to make a bond contribution of at least CAD 1.2 million, according to one report.

However, one can apply for citizenship three years later. For most of these investment programs, an applicant must live in Canada for a minimum of 183 days during three years.

USA: One of the most popular investor visa programme for Indians is EB-5 which costs anywhere between $9,00,000 to $1.8 million, states the US Government portal.

Bulgaria: Bulgaria enables you to get the fastest citizenship to Europe. For this, one must apply for the Bulgarian Golden Visa by buying bonds of at least €5,12,000.

Following this, one will have to double their investment and get citizenship in a space of 18 months, a report states.

However, one can hold their initial investment and still qualify for citizenship five years later.

Ireland: The Golden Visa program in Ireland offers a residence permit if one can invest a minimum of €1 million in either investment fund, real estate fund, endowments or enterprise fund, a report points out.

However, one cannot qualify for citizenship with Ireland’s Golden Visa directly. One will be supposed to apply for citizenship through naturalisation, just like other nationals, so long as they meet the qualifying criteria.

UAE: The UAE’s golden residence scheme has recently been simplified and expanded the scope of categories of beneficiaries.

The 10-year residence is granted to investors, entrepreneurs, exceptional talents, scientists and professionals, outstanding students and graduates, among others.

There is no limit related to the maximum time of residence outside the UAE to keep the golden residence valid.

America via Grenada: One can get a citizenship in Grenada by maintaining an investment of $1,50,000 to $2,20,000 over five years. Following this, one can use E-2 Treaty investor visa that allows Grenadian citizens to set up a business and live in America, a report states.

Some Indians follow this route because it is faster than the long wait for EB-5 visa.

It is vital to note that these visa rules keep changing from time to time and one must check them on the respective government’s official website to know the latest changes.

For instance, UK used to offer investor-1 visa for two million pounds but it was discontinued in the month of February this year on security concerns.