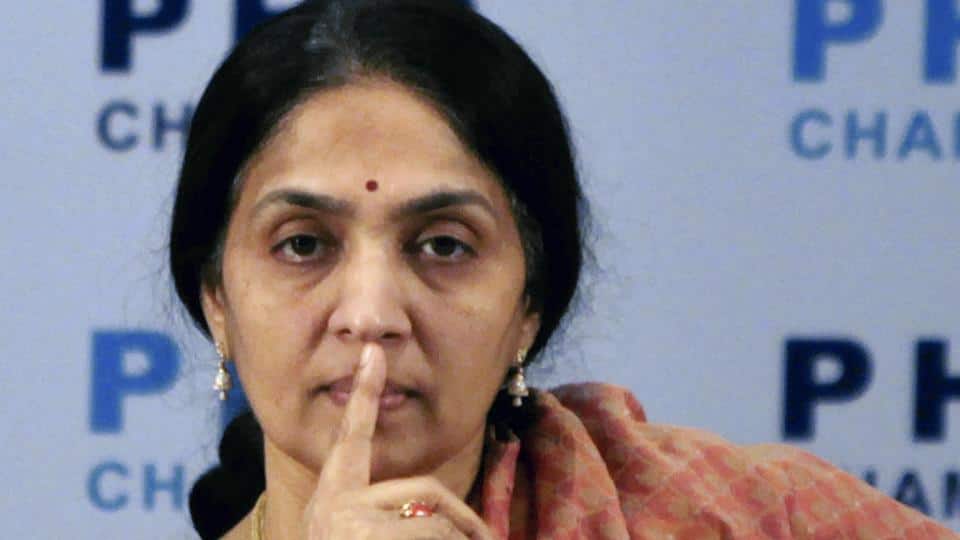 The term 'co-location' means 'a setup wherein the broker's computer is located in the same area as the stock exchange's server.

The Central Bureau of Investigation (CBI) arrested former National Stock Exchange CEO Chitra Ramkrishna in a co-location scam case, only weeks after arresting former Group Operating Officer (GOO) Anand Subramanian. Ramkrishna was detained for seven days by the CBI for questioning in connection with the case.

The CBI, which has been looking into the co-location scandal involving a Delhi-based stock broker since 2018, sprung into action after market regulator Sebi recently released a report alleging abuse of authority by the National Stock Exchange's top brass (NSE).

According to the report, Ramkrishna, who became the exchange's MD and CEO on April 1, 2013, sought personal and professional advice from a spiritual teacher living in the Himalayan peaks for 20 years.

She appointed Subramanian, who did not have any exposure to capital markets, as the Chief Strategic Officer (CSO) of the exchange. Subramanian was later appointed as the group operating officer and advisor to MD.

Ramkrishna was ousted from NSE in 2016 for her role in the co-location and algo trading scam and abuse of power.

What is a co-location facility?

Before we get into the allegations against Ramkrishna and others, let us first understand what co-location facilities are.

Co-location facilities are dedicated spaces with infrastructures such as power supply, bandwidth etc., that can be leased by a third party for high-frequency and algo trading.

Traders can rent such spaces and set up their systems or programs to trade in markets.

In January 2010, the NSE began offering a co-location facility to members. Members could place their servers in the Exchange's premises in return for a fee. This allowed them faster access to the buy and sell orders being disseminated by the exchange's trading engine.

The term 'co-location' means 'a setup wherein the broker's computer is located in the same area as the stock exchange's server.

In addition, High-frequency trading (HFT) or algorithmic trading refers to the use of electronic systems, which can potentially execute thousands of orders on the stock exchange in less than a second.

Also, retail investors monitoring prices are subject to a delay as compared to the tick-by-tick data broadcast a user receives in a co-location facility.

With the co-location facilities being extremely close to stock exchange servers, traders here have an advantage over other traders due to the improvement in latency (time taken for order execution).

But the co-location is mainly used only by institutional investors and brokers for their proprietary trader. Retail investors have a negligible presence here.

when the co-location was started by NSE it took some time for the more enterprising to figure out what was happening in the system. By the end of the year, smart people had all figured out the way to game the system lay in being the first one to connect to the server and preferably the server, which was fastest.

How was the scam unearthed?

The co-location case was initiated when certain members associated with HFT (High-frequency trading) allegedly teamed up and worked in a coalition for about four years.

Access to co-location facilities and HFT trading gave the select brokers differential advantage such as display of market data, viewing order book prior to order execution.

That is, a trader who has logged in to the NSE server with the least load first would get information like a buy/sell order, order cancellation, order modification first compared to other traders who would connect to the exchange server later. This was known as the 'Tick-By-Tick' (TBT) data feed.

A whistleblower in the case alleged that OPG Securities, with help from some officials in NSE’s IT department, was able to figure out, which server had the least load, so that they could get connected to the NSE server faster.

The trader had allegedly mapped multiple IPs to a single server to get access to the first two or even three connections to that exchange server and crowd out other members.

A senior official used an analogy of cricket and betting to explain how the system worked. "For a common investor or a broker trading on his or her normal terminal is like watching the live telecast of the match on television or in a stadium.

But imagine your eyes and ears right behind every single player in the field, getting to know their moves and strategies on a real-time basis before anyone else. And, we are not even talking about match-fixing.

The sophisticated algorithms at play make it possible to access a huge amount of data on a real-time basis with the use of modern computer systems and high-tech software solutions," the official said.

According to the forensic audit reports by EY India, Deloitte Touche Tohmatsu LLP & ISB. 62 brokerages have enjoyed preferential access through NSE's HFT platform and at present SEBI has only served the SCNs to 3 firms namely- OPG securities, it's associate firm-GKN securities and Way2Wealth.

The CBI investigation revealed that 90% of the time OPG securities, in collusion with unknown officials of the NSE, was first to access the NSE servers.

SEBI's TAC report also revealed that OPG securities was given access using the co-location facility during 2010-2014 that enabled it to log in to the NSE server before any other entity and receive data before any other broker in the market.

SEBI has alleged in its show-cause notice that the firm has earned close to ₹250 million in profit.

According to the whistle-blower, OPG Securities alone had trades worth over ₹60 billion on the NSE using co-location.

In addition, the exchange's "order book" was exported to FIIs and FPIs, helping them make illegal gains in the stock market.

What happened next, how did SEBI’s investigations proceed?

The Securities and Exchange Board of India (Sebi) began its probe into the matter in early 2015 after it was brought to light by a whistleblower that some brokers were allegedly getting preferential access through co-location facility, early login and 'dark fibre' -- which can allow a trader a split-second faster access to data feed of an exchange.

Sebi had initially set up a cross-functional team to look into the matter and the regulator's Technical Advisory Committee (TAC) subsequently recommended setting up an expert committee, which submitted its report to the regulator in March 2016.

It found that NSE had violated norms of fair access and allowed some brokers to benefit. Also, when a complaint was first made to NSE, its management dismissed it and didn't initiate any steps to check the possibility of any collusion with the staff of the exchange.

NSE's board was asked by the panel to initiate an independent examination, including a forensic probe by an external agency.

The exchange was also directed to place its co-location revenues, including from any fibre connectivity from the broker's co-location facility to their offices, in an escrow account.

What actions have been taken so far?

Sebi levied a fine of ₹3 crore on Ramkrishna, ₹2 crore each on NSE, Subramanian and former MD and CEO Ravi Narain, and ₹6 lakh on V R Narasimhan, who was the chief regulatory officer and compliance officer.

Further, Ramkrishna and Subramanian have been restrained from associating with any market infrastructure institution or any intermediary registered with Sebi for three years.

while the same for Narain is two years. Also, Sebi has directed NSE to forfeit the excess leave encashment of ₹1.54 crore and the deferred bonus of ₹2.83 crore, of Ramkrishna, which was retained by the exchange and deposit the same to its Investor Protection Fund Trust within six days. In addition, Sebi has barred NSE from launching any new product for six months

Who is the mysterious 'yogi'?

The CBI has been probing the matter since May 2018 but it hasn't found any concrete evidence to identify the mysterious Himalayan "yogi" with whom Ramkrishna shared the classified information.

Subramanian, who served as Ramkrishna's advisor between 2013 and 2015 before being made Group Operations Officer and Advisor to the MD between 2015 and 2016, was allegedly referred to as the "yogi" in the forensic audit but Sebi in its final report had rejected the claim.

Previously working as a mid-level manager in Balmer and Lawrie, Subramanian had seen his annual salary increase from ₹15 lakh to ₹1.68 crore, and then to ₹4.21 crore. The CBI had also suspected Subramanian of being the mysterious "yogi", however, the agency didn't officially confirm it. NSE announced that it will soon facilitate trading in select Wall Street stocks on its platform.