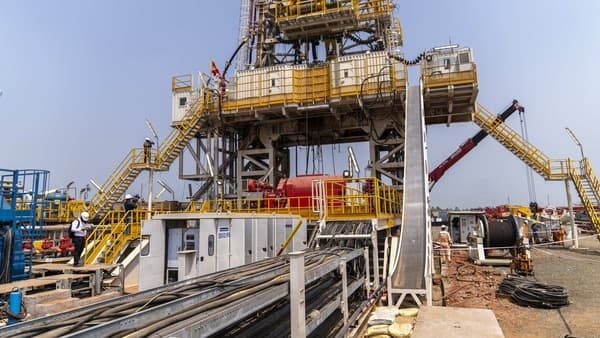 Shares of Oil and Natural Gas Corporation (ONGC) jumped 5 percent on Tuesday after fuel prices were hiked in the country for the first time since November 2021.

Petrol and diesel prices on Tuesday were hiked by 80 paise a litre each while domestic cooking gas prices were increased by ₹50 per cylinder, ending an over four and half month hiatus in rate revision.

While LPG rates were last revised on October 6, petrol and diesel prices had been on a freeze since November 4 ahead of the assembly elections in states like Uttar Pradesh and Punjab.

Meanwhile, Crude oil prices also with Brent crude jumped to $114 a barrel, as European Union nations considered joining the United States in a Russian oil embargo and after a weekend attack on Saudi oil facilities.

Prices moved higher ahead of talks this week between European Union governments and U.S. President Joe Biden in a series of summits that aims to harden the West's response to Moscow over its invasion of Ukraine, reported Reuters.

Back home, fuel prices have been on a freeze since then despite the cost of raw materials spiraling. Global crude oil prices were around $ 81-82 a barrel in early November as against $114 now.

An average of 26 analysts polled by MintGenie have a 'buy' call on the stock.