Commentary on SDF, RBI's hawkish tone and inflation: What experts have to say on RBI's Monetary Policy

Commentary on SDF, RBI's hawkish tone and inflation: What experts have to say on RBI's Monetary Policy 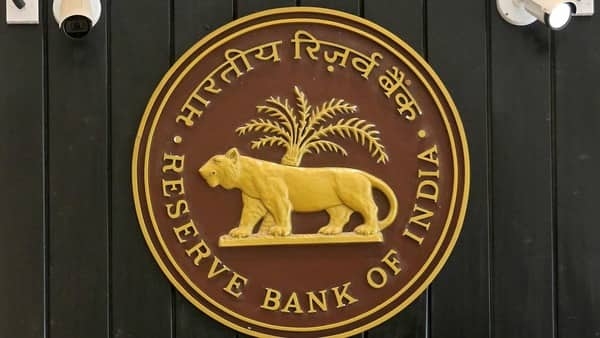 The central bank has projected real GDP growth for the financial year 2022-23 at 7.2 percent and expects inflation at 5.7 percent in FY23.

On expected lines, the Reserve Bank of India (RBI) Monetary Policy Committee (MPC) decided to keep the repo rate unchanged for the 11th time in a row on April 8.

After the first bi-monthly policy meeting of FY23, the RBI governor said the MPC unanimously voted to leave the repo rate unchanged at 4 percent and keep the stance accommodative.

Moreover, the central bank has projected real GDP growth for the financial year 2022-23 at 7.2 percent and expects inflation at 5.7 percent in FY23.

RBI governor said that the path of policy normalisation will not be steep but gradual and non-disruptive to ensure the stability of the financial market. Governor Das said the daunting headwinds of the geopolitical situation are challenging but the RBI is braced up and prepared to defend the Indian economy with all instruments at its command, hinting that the central bank will keep growth in focus.

Most experts and economists have found the policy announcements on expected lines while some have highlighted the hawkish tone of the RBI. Here's are the views of some analysts. Take a look:

As we had expected, the 10-year G-sec yield breached 7 percent after the policy announcement. We anticipate the 10-year yield to rise to as much as 7.4 percent over the course of the first half of FY23, as the market's views on the number and timing of rate hikes crystallise.

Even as the governor hinted at utilising various tools to manage the government borrowing programme, comments on the yield curve being a public good were missing in his morning speech, suggesting that yields will be allowed to move up gradually.

The policy left key rates unchanged, however, has introduced SDF ( standing deposit facility ) at 3.75 percent which effectively means the overnight rates will have a floor of 3.75 percent (rise by 40bps).

This policy, in some sense, is a 'Segway' to tightening policy rates in the coming months. We expect yields to rise across the curve to reflect the policy stance.

The key thing to observe for the longer end of the curve is if RBI actually walks the talk by announcing OMO/ OT to anchor long bond yields.

The RBI has responded to both the new inflation and growth challenges that have emerged due to geopolitical tensions that have manifested themselves in rising commodity prices. While the RBI kept its monetary policy stance unchanged, it restored the policy corridor to pre-pandemic levels and provided a commitment toward a slow reduction of liquidity going forward.

This is clearly a hawkish policy as compared to the February meeting, justified by the inflationary pressures that have emerged over the past month. The upward inflation forecast revision by 120bps to 5.7 percent for FY23 seems sensible given the broad-based nature of price increases.

Despite the increase in HTM limits, bond yields are likely to go up given the sheer size of the borrowing program for FY23. We expect the 10-year to rise to 7-7.25 percent in the first half of FY23.

In the first monetary policy for the financial year 2023, the RBI has kept key policy rates unchanged and maintained its accommodative stance to revive growth. We believe, over the medium-term, policy rates are likely to gradually inch up.

The policy decisions are in line with our expectations on repo rate and stance. The rate corridor has now effectively reduced to 25 bps compared to 65 bps earlier. The SDF window will become the new floor at 3.75 percent even as the reverse repo rate is at 3.35 percent.

The policy has decidedly shifted away from being dovish. Commitment has also been made to start  thewithdrawal of liquidity from FY23 and over the next few years.

This policy strengthens our view that the first repo rate hike will be in the August policy. We expect the stance to be changed to “neutral” from “accommodative” in the June policy.

Given the lower growth forecast and inflation driven by commodity and oil prices rather than economic overheating, it is good that the RBI has taken a pro-growth stance by keeping policy rates unchanged.

At the moment, businesses need all the support they can get to ensure that a fledgling private capex cycle does not get disrupted.

Despite the disruptions from geopolitical challenges as well as inflationary pressures, the RBI recognises the need to maintain economic growth momentum.

We welcome the RBI’s continued accommodative stance and status quo on the repo rate. For the real estate sector, low-interest rates for a long period of time have served as a key catalyst for the resurgence of demand.

The status quo on repo rates will help maintain the current demand levels as the interest rate for both homebuyers and developers are likely to be maintained by financial institutions.

The policy was hawkish with the intent to support the FY23 government borrowing program and economic growth. RBI stands committed to managing liquidity in a calibrated manner.

The policy corridor has been normalised through SDF and MSF. No clarity on the absolute quantum of open market operation acted against G-Secs with the benchmark 10-year moving above 7 percent post policy.

Acuité believes that RBI has finally bitten the bullet and provided increased clarity on its monetary stance going forward.

The increase in the repo rate and the change in the stance from accommodative to neutral can happen as early as June 2022 depending on the inflation and the growth data.

In our opinion, the market can brace for a 50 bps repo rate hike for the current financial year.

We read this policy as hawkish as compared to market expectations and expect the yields to drift higher across the curve. We expect the curve to flatten going forward but given the uncertain and volatile times suggest that investors stick to low duration funds.

RBI has maintained repo and reverse repo rates along with an accommodative monetary policy to support growth in an uncertain environment of rising inflation and crude prices, geopolitical tensions and a resurgence of Covid in China.

RBI’s stance seems to change mainly due to rising inflation and global uncertainties even as we expect an uptick in rural income from high agri-commodity prices and gradual demand revival in the coming months.