Down 5% in 5 sessions! Commodity price inflation to remain a challenge for this sector

Down 5% in 5 sessions! Commodity price inflation to remain a challenge for this sector 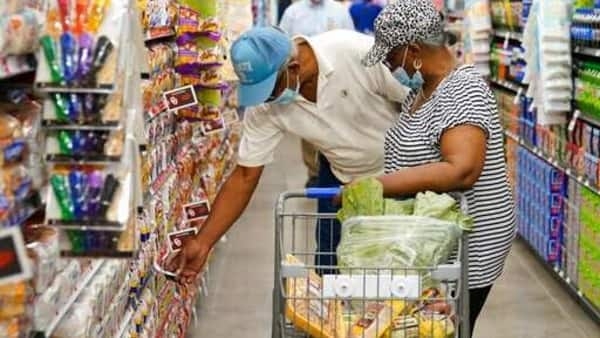 Shares of fast-moving consumer goods (FMCG) companies have been under pressure with the Nifty FMCG index falling over 5 percent just in 5 sessions. Most constituents of the index have been trading near their respective 52-week lows rising commodity inflation is likely to remain challenging in the near term.

"Mounting geopolitical tensions in Ukraine and Russia had a sudden and severe impact on certain agri-commodity prices since the region is a major exporter of food grains and edible oil. Crude oil prices also surged on fears of a supply crunch, given that Russia is a major oil-producing nation," highlighted brokerage house Motilal Oswal in a recent report.

With already elevated levels of commodity prices being driven higher in the March quarter of FY22 (Q4FY22) till date, the brokerage expects most companies to see a sequential contraction in their gross margins.

Among stocks, United Breweries, United Spirits, HUL, and P&G lost over 10 percent each just in March. Meanwhile, Britannia, Godrej Consumer, Dabur India, Emami, Tata Consumer, Marico and Radico Khaitan were down in the range of 5-10 percent in this period.

To combat the higher input costs, companies are likely to continue raising prices in Q4FY22. However, it is likely that the full extent of the raw material inflation may not be passed on to consumers. In the case of Soaps, Detergents, Paints, and Adhesives, where companies have already taken sharp price hikes, they may be wary of further increases to avoid denting demand.

The brokerage report noted that the movement in palm oil – a key raw material for nearly all Staples companies, especially Soap manufacturers and to a lesser extent food player – is particularly worrying, with already elevated prices rising 48 percent YoY. The situation was exacerbated further by the recent restrictions on palm oil exports by the

According to a Kotak Securities report, in February, price hikes in soaps continued on a month-on-month basis due to elevated palm oil prices. Hindustan Unilever (HUL) raised the prices of Lifebuoy and Dove soaps by about 6 percent and 4 percent, respectively, while Godrej Consumer Products (GCPL) increased the prices of Godrej No 1 by about 17-27 percent and Cinthol by 3-4 percent.

"The rising palm oil prices will be a negative for HUL, Godrej Consumer and Jyothi Laboratories. An increase in sunflower and groundnut oil can impact Marico, while rising wheat prices can hurt ITC, Nestle and Britannia," said the Kotak report. Further, inflation in crude and derivatives implies higher packaging costs for all companies.

Motilal Oswal also noted that sharply higher prices of crude oil, palm oil, and PFAD remains an overhang for HUL, given that 70 percent of its sales accrue from the Personal Care and Home Care segments, where the majority of the products rely on palm oil as a key raw material.

It added that higher prices for edible oil, wheat, and sugar are likely to put pressure on margin as Britannia's biscuits as it accounts for more than 80 percent of its sales.