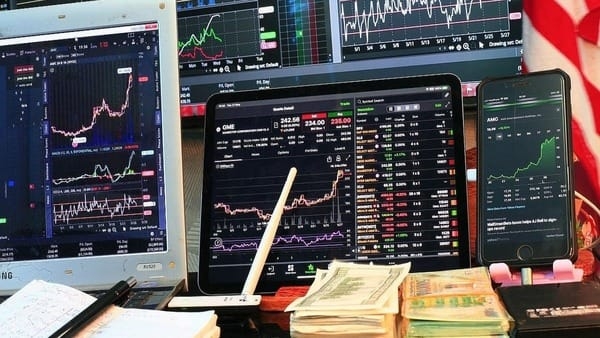 The market remained sideward throughout the session as the benchmark Nifty failed to give a directional move.

Beginning the week on a negative note, the Nifty ended in the red on April 11 amid weak global cues with IT and financial stocks such as HCL Tech, Infosys, Wipro, SBI Life and HDFC twins among major drags.

The market remained sideward throughout the session as the benchmark Nifty failed to give a directional move.

"Technically, on daily charts, the index has formed a small inside body bearish candle which indicates indecisiveness between bulls and bears. We are of the view that a 10-day simple moving average (SMA) and 17,600 retracement support zone would act as key support levels for the Nifty," said Shrikant Chouhan, Head of Equity Research (Retail), Kotak Securities.

Rupak De, Senior Technical Analyst at LKP Securities, pointed out that the Nifty found resistance around the previous closing on the daily chart. "The index on the daily chart has formed an inside day bar which suggests indecisiveness. On the lower end, support is visible at 17,600/17,400. On the higher end, the resistance is seen at 17,800," said De.

going forward. However, as long as bulls are able to defend 17,600 levels, the index should remain sideways with a positive bias.

17,400 – 17,350 where some meaningful support exists. For the time being, it looks prudent to remain neutral whereas existing long index positions should be held with a stop below 17,600," said Mohammad.